Finally, the HTC One is coming to Verizon! The carrier has been seriously dragging its feet on releasing the HTC One, which has left many Verizon customers choosing a Samsung Galaxy S4 or other smartphones. The now five month old HTC One will be available in 16 and 32GB versions, and will be priced at $199 and $249 respectively.

In a nod to Verizon customers waiting for the HTC One, the device will come running Android 4.2.2 Jelly Bean, while all other HTC One models are stuck on 4.1.2.

So Verizon, what about that blue model? It’s still just rumor, but we’d love to see it.

Will you be upgrading to a HTC One? Are you a Verizon customer that got tired of waiting and chose another handset? Let us know in the comments. 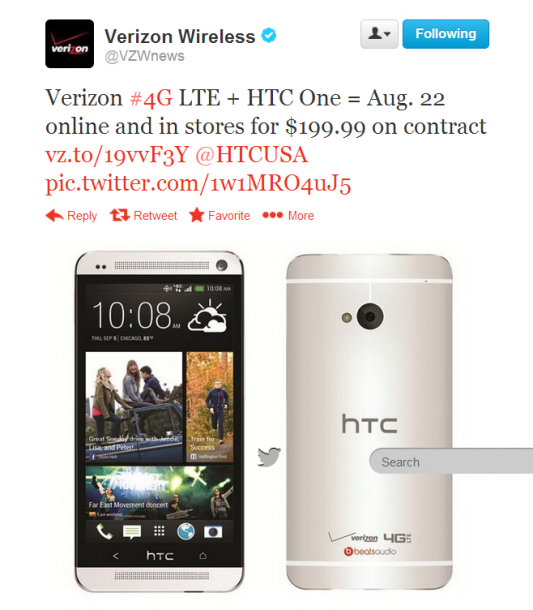 AT&T has officially announced that it will be carrying Motorola's Moto X smartphone starting on August 23rd, complete with customization...