Just a few days ago, we reported on a few smartphone lenses from Sony called the ‘Lens G’, that would turn any smartphone into a powerful camera. Today a manual has leaked, detailing the two devices.

Both devices have a power button, microphone and display panel, with the DSCQX10 touting a microSD and battery indicator as well as a tripod mount, shutter button and a zoom lever.

The two lenses will more than likely be unveiled soon, at Sony’s September 4th event at IFA in Berlin. We should be seeing the Sony Honami unveiled at the same event. 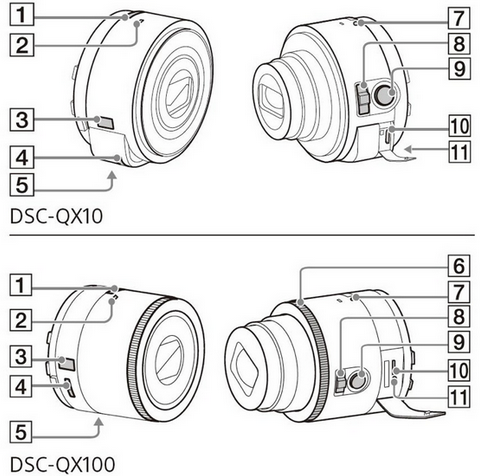 Global Event Operation Cassandra For Ingress Is The Largest To Date

Ingress has been around since November of last year, and while still invite-only, the Niantic team's 'game' has gathered quite...