Sony’s Gamescom Event just finished a few hours ago and by now we’re sure you’ve heard the big news, the Playstation 4 release date was announced. Sony’s next-gen console will be releasing on November 15th in North America and November 29th in Europe. But Sony’s conference had a lot of fun stuff to share besides the release date. We got a closer look at some upcoming games, some of the PS4’s extra features, and some great content coming down the line for the Vita and the PS3.

The conference started with a man in a comfortable chair facing away from the audience and flipping through the PS4’s UI. The man (who was later revealed to be Sony Worldwide Studios Head Shu Yoshida) fired up Killzone Shadow Fall, showing off the beautiful next-gen visuals and hectic multiplayer action. He instantly switched between the in-game action to social media sharing apps, showing off these features of the PS4. Finally, he entered into a messaging box, “Let’s start the show!”

Sony’s Jim Ryan took the reigns from there, making us feel at ease with his chuckling and Oscar Wilde quotes (yes that happened). He launched into a segment on new PS3 games to minimal applause from an audience who was hungry for information on the new PS4. Still, it was clear that the old PS3’s still got some juice, with some very hot titles still coming down the pipeline for the nearly 7-year-old system.

Ryan focused on Gran Turismo 6 and Grand Theft Auto 5, GT6 and GTA5 respectively. With Gran Turismo 6, Polypbehony Digital is clearly pulling every last drop of pixel pushing power out of the PS3’s cell processor. The game looks incredible. It will have tie ins with several auto manufacturers and other brands, and even crossover game cars being made into real world rides! Also, weirdly, Sony is working on a Gran Turismo feature film.

Grand Theft Auto 5 will get its own 500GB PS3 bundle with an exclusive headset. Folks who purchase the bundle will get a deep, 75% discount on downloadable Rockstar titles in the Playstation Store. That’s a pretty hot deal.

Finally, Little Big Planet will be getting its own free to play spin-off with “Little Big Planet Hub”. It will allow you to create your own minigames and locations and share them with your friends. Of course, you will be able to purchase more content, outfits, etc. with microtransactions.

President of Sony Worldwide Studios Europe, Michael Denny, took the mic for the PS Vita segment, announcing the Vita’s price has been dropped to US$199 and 199 Euros. He went on to announce several game packs for the system, containing up to 10 games in one and bundled with memory cards for just 35 Euros – they’re clearly trying to move these things.

Some brand new exclusive first party properties are in development for the Vita too.

“Muraski Baby” is a spooky hand drawn, side scrolling explorer that uses the Vita’s touch controls. 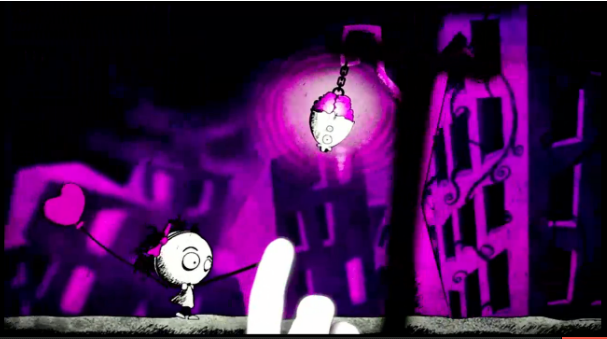 “Big Fest” is a free to play title that puts you in control of a giant outdoor festival. You’ll do all the planning and select a line-up from real, unsigned bands. You can visit your friends’ festies too. Sounds a little goofy but it could actually be a lot of fun. 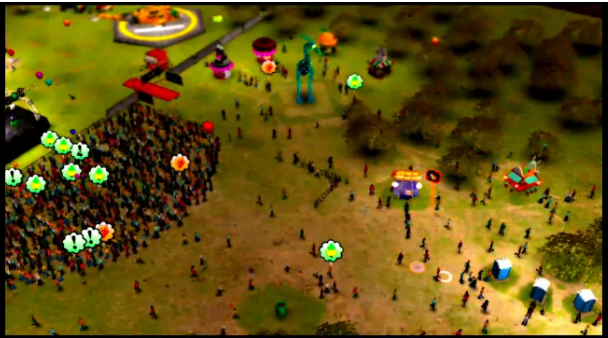 Can We Talk About the PS4 Already??

Indy Games are Front and Center

Mark Cerny, the Lead System Architect of the Playstation 4, came out on stage to change gears and launch into the PS4 segement of the event. He started with a focus on Indy development for the new console, pointing out the ways that Sony has made the PS4 ecosystem welcoming to Indy devs. Through support of Indy studios, loaner dev kits, and exclusive partnerships, the PS4 will have a “renaissance” of Indy content.

Cerny passed the mic to Shahid Ahmad who announced a slate of exciting Indy games coming to PS4, many of which will be coming to Vita as well. Cult hit Rogue Legacy, N++, Volume – the new title from the creator of Thomas was Alone, Hotline Miami 2 and Wasteland Kings, to name a few.

Also in development exclusively for PS4 are the Chinese Room’s “Everybody’s Gone to the Rapture”, PS4 and Vita crossplay shooter Hell Divers, RezoGun -a game that will be free for PS Plus subscribers that can only be described as Gradius in the round, TequilaWorks’ Rime, and a modern re-imagining of the Amiga classic Shadow of the Beast that looks excellent. 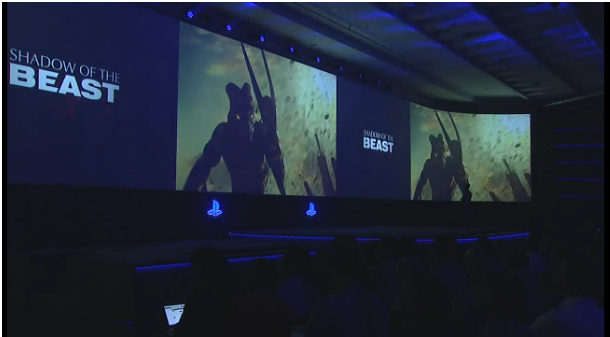 Deja Vu All Over Again

Most of the remainder of the event was filled with segments on some of the PS4’s biggest launch titles, and features that had already been announced.

We first got a look at some never before seen gameplay footage for Sucker Punch’s Infamous: Second Son. That game looks better every time I see it. Also Sony showed off Killzone’s multiplayer matching and its eye-popping gameplay briefly. 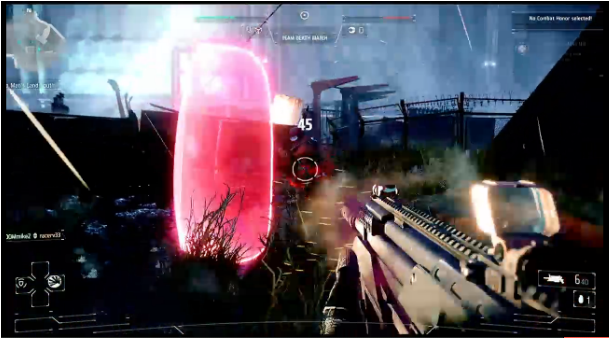 Ubisoft’s Yves Guillemot came onstage to hype Ubisoft’s long history with Sony and give us a closer look at a couple of their big launch titles, Watch Dogs and Assassin’s Creed: Black Flag. Watch Dogs will feature PS4 exclusive content and character DLC. Also, Ubisoft is working with Sony Studios on a Watch Dogs feature film. Hmmmm. I’ll withhold judgement until I see it, I guess. Either way the gameplay footage was beautiful and a little more of the story of the new IP was fleshed out in the segment. 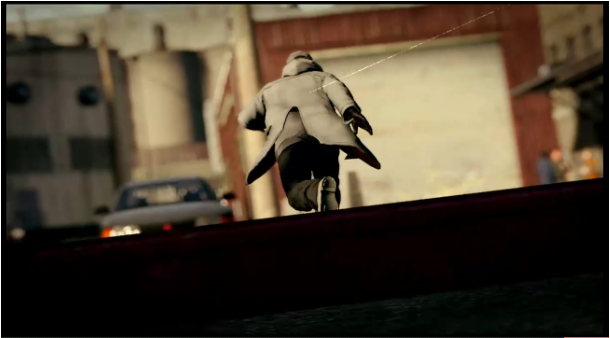 Also Assassin’s Creed: Black Flag showed off its gameplay with folks playing onstage in real time. The ship battle was intense and epic in scale and the combat on the ground was reminiscent of what makes the series great, once landfall was made.

But the real star of the Assasin’s Creed segment was the PS Vita remote play. The game was started on the PS4 with the Dualshock 4, but finished on the Vita, streamed over Wi-Fi. The streaming worked perfectly, with no lag. Very impressive and a major selling point for the Vita.

The Playroom, Sony’s suite of minigames and toys that use its Playstation Eye camera was announced as free on every system. The demo looked very impressive and fun. Sony was wise not to include its camera peripheral in the PS4 release, but it’s clear it hasn’t left the PS Eye in the dust.

The Social Media sharing features of the PS4 had already been announced at the console’s announcement back in March and its E3 unveiling. Sony touched on them briefly today too, mentioning Twitch integration and some other sharing features. Cool stuff, but probably not a selling point for most folks. Other entertainment streams such as video services (“over 20!”) and Sony Music Unlimited were touched on as well.

Playstation Plus Instant Games Collection and Other Hookups

A free 14 day trial of Playstation Plus will come with new PS4s. The trial will give you full access to the Instant Game Collection downloads, including Assassin’s Creed 3 which was announced for the service. Drive Club PS Plus Edition and RezoGun will be free for Plus users to download from the PS4’s launch. Also a ($50) yearly PS Plus subscription will come with a free 90 days extra.

As previously mentioned, the PS Vita’s been marked down to $199. Also a new PS3 model with 12GB of flash memory will be available for $199 as well.

To ease the pain of a console transition Sony’s giving deep discounts on downloadable copies of the PS4 versions of popular games that are coming out for the PS3 as well. Call of Duty Ghost, Watch Dogs, Assassin’s Creed 4, and Battlefield 4 are all on board with more to come. This is a great move. 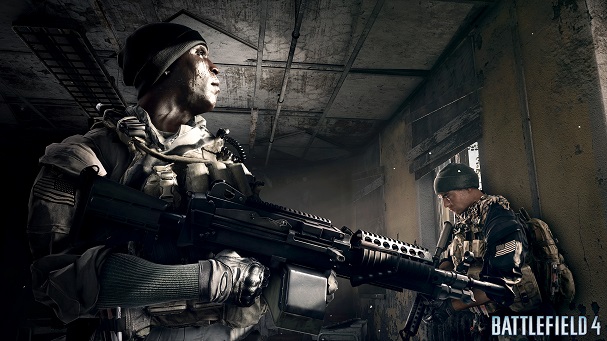 Sony Enterprises President and CEO, Andrew House ironically brought down the house with the long-awaited reveal of the PS4’s release date. In his speech he touched on Sony’s philosophy with the PS4 saying, “We set out to build the most powerful gaming platform …. with a focus on you, the gamer.”

He took a not so subtle dig at the Xbox One, the PS4’s main competitor. House pointed out that the PS4’s launch strategy has remained consistent “while others have shifted their modes and changed their story.” OH SNAP!

He closed out the show by finally telling us what we wanted to hear. The PS4 will be releasing in 32 countries by the Holiday season. It will release in North America  on November 15th, and Europe on November 29th. The price will be US$399, 399 Euros, and 349 British Pounds.

Altogether nothing blew me away here but it was a solid showcasing of content for both Sony’s new and old systems. Sony’s playing it safe and smart this generation and constantly offering added value and perks to gamers. It’s going to be hard to wait for November 15th!

Check out the gallery and an embed of the full press conference below! 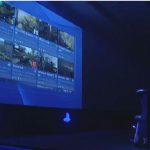 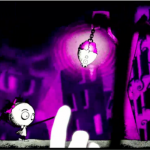 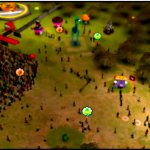 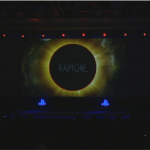 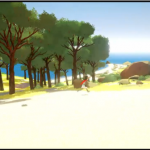 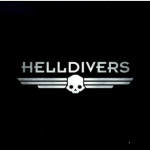 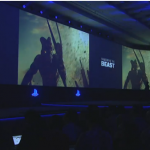 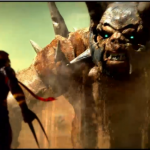 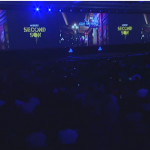 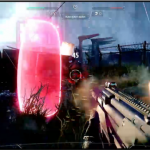 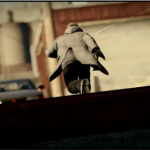 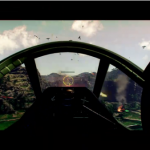 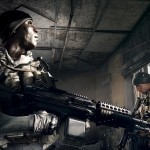 Microsoft and Gameloft have officially announced a new set game titles that will soon begin to roll out to both...