Well, what do you know. Despite the fact that the original Ascend Mate isn’t widely available — quite the contrary — Huawei is working on its successor. The Chinese company’s phablet is offered by Vodafone UK and (we guess) few other smaller carriers around the world.

Perhaps its Huawei’s own chip we have to blame for the delayed launch, perhaps not. In any case, we’re hoping the Ascend Mate 2 will be available all across the globe, costing less than Samsung Galaxy Note III, LG Optimus G Pro and other phablets. At the same time, we’re looking forward to see Huawei putting “proper components” inside the Mate 2, including a faster quad-core processor and a full HD screen. The last mentioned is pretty much confirmed as you can see from the photos in this post, brought to us by the French site NowhereElse.

What we can see here is a 6-inch display with narrow bezel. That, however, won’t make the Mate 2 more pocketable, but that’s not the point with devices like these, anyway.

We’ll be on the lookout for additional information about the second-gen Ascend Mate and get back to you as soon as we have something new to add. Stay tuned… 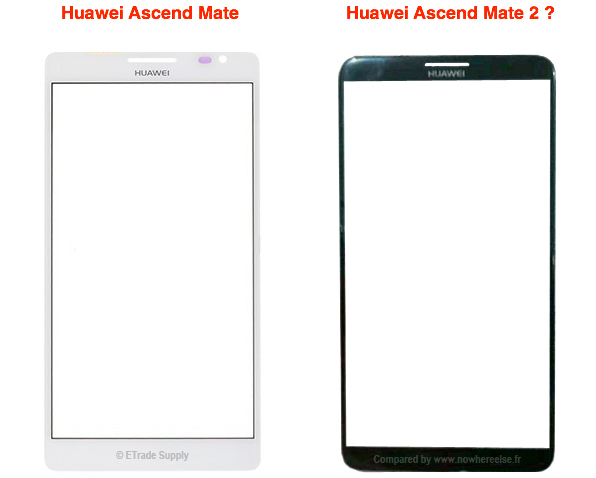 ARCHOS announces a new line-up of tablets, smartphones and a smart watch for IFA

Just in time for IFA in Berlin, ARCHOS reminded us about its whole range of products, while announcing some new...