We’ve been seeing a lot of the HTC Max lately, and some new photos have made their way online today. The pictures show the One max next sandwitched in between a silver and black HTC One, showing the size difference between the two models. The pictures, which surfaced in China reaffirm rumors of the possibility of a fingerprint sensor on the back of the One max.

Along with the pictures come a few tips from prolific leaker @evleaks. @evleaks posted the logo for the HTC One max, as well as claiming that the One max will be touting a Snapdragon S4 Pro processor instead of previous rumors which claim that the device will have a Snapdragon 800 processor.

That being said, the HTC One max is also rumored to be rocking a 5.9 inch LCD display, 2GB of RAM, BoomSound, BlinkFeed and an Ultrapixel camera and will be running on Android 4.3.

We’ll see what exactly the HTC One max is touting when HTC unveils the device. 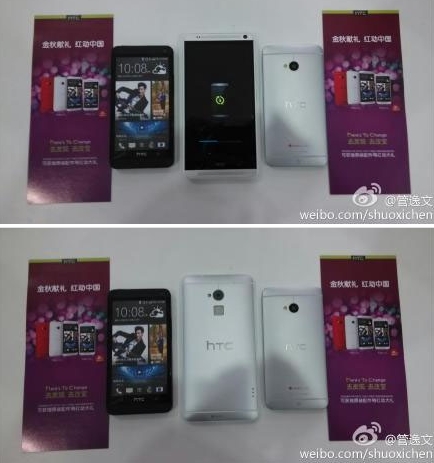 Would have thought MAX… pic.twitter.com/nFyagtcT1M

T-Mobile's LTE rollout has been making amazing progress since it's beginning in May of this year, bringing its 4G LTE...