The HTC One Max just won’t stop leaking. Some super clear photos have leaked today, giving us the clearest view of the device we’ve seen to date.

The pictures show every side of the device, which looks identical to the HTC One with a few differences. A fingerprint scanner resides on the backside of the One Max, underneath the camera lens. The device also has three small pogo pins on the back for docking.

Along with the pictures come some spec details, which line up nicely with previous leaks. A Weibo account belonging to a China Mobile customer depicts the HTC 8088, or the One Max. According to the photo, the One Max will be sporting a 5.9-inch 1920 x 1080 pixel display, 2GB of RAM, a 5MP camera with Ultrapixel technology, a 3,300mAh battery and 16GB of RAM. Early rumors pointed to the device to be touting a Snapdragon 800 processor, but signs are now pointing to the One Max rocking a Snapdragon S4 Pro or Snapdragon 600 processor clocked at 1.7GHz running on Android 4.3.

The HTC One Max is rumored to be launched in October with a $800 price point.

Are you excited about the HTC One Max? Let us know. 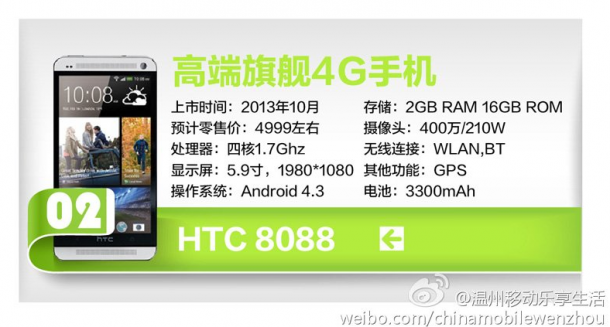 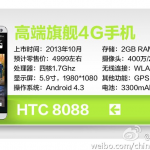 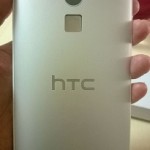 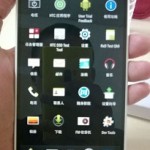 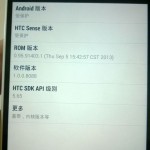 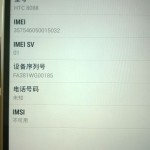 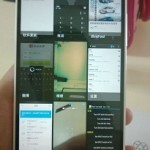 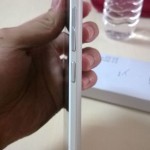 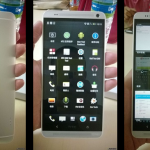 Earlier this morning, AT&T sent out a tweet announcing that the Samsung Galaxy Gear will be available to pre-order starting...