Suffice to say, I woke up way too early today. Why? No, not to pick a friend up from the airport or to get a tooth filled or work off last week’s hamburgers. I got up early to go check out with all of the ravenous Apple fans clamoring to be the first to own one of the new iPhones, the iPhone 5C and the iPhone 5S. The line was long and trash cans were full. People in camping chairs were seated comfortably, sipping their Starbucks and fiddling with their iPads. Some looked absolutely exhausted, but most looked at me like a deer in the headlights, a mix of anticipation and worry. If I didn’t know any better, I would have thought it was the line for the Methadone clinic. 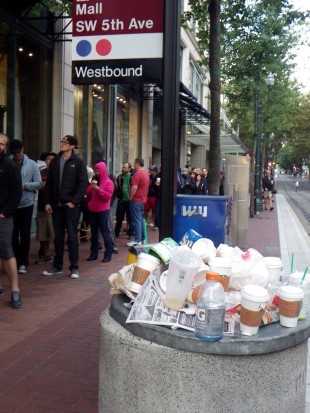 Portland isn’t the biggest city in the country, but there was still a substantial line outside of the Apple store. The store is actually inside of a mall, so everyone was waiting patiently outside for security to escort them, twenty at a time, into the mall to get their hands on the new iPhones. One guy on his way to work stopped next to me, pulled out his Samsung Galaxy S4 and shook his head. “I don’t get it,” he said, “I’ve still got a bigger screen. Who gives a shit about colors, anyway?” 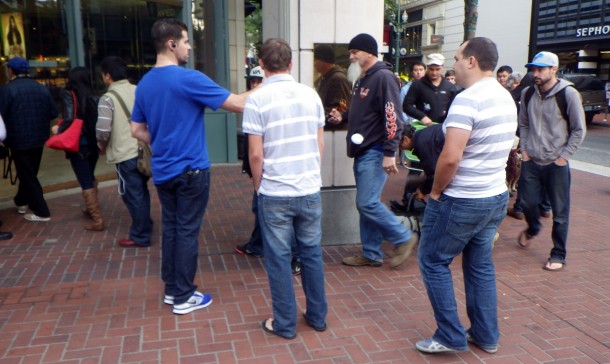 Security letting customers in 20 at a time. Those matching bros tried to cut in line.

Most of the people I interviewed in line were going for the iPhone 5S, which kind of surprised me. The iPhone 5C, Apple’s “budget” model wasn’t popular among the crowd. Most of them were previous iPhone owners, either upgrading from the iPhone 4 or 4S. Only one person I talked to was an iPhone 5 owner, who was jonesing for the “champagne” or gold-colored iPhone 5S. (Guess that guy hasn’t heard that he won’t be able to get his hands on one until next month.) Apple’s angle with the iPhone 5C is more about getting first time iPhone owners on board, of which I did not see a lot of in the line. Not surprising, since only the toughest of the people in line would wait in line so long for something this trivial. I can definitely see more iPhone 5C users getting their units at Wal-Mart, where the price is lower and Rascal scooters are plentiful.

Hopefully, the masses get their iPhones today. Reports of unit shortages have been flying around since yesterday, but if those reports ring true remain to be seen. We will surely know later today what Apple’s iPhone availability is for the future, after the hordes gobble up all of the available units.

Meanwhile, at the Microsoft store…… 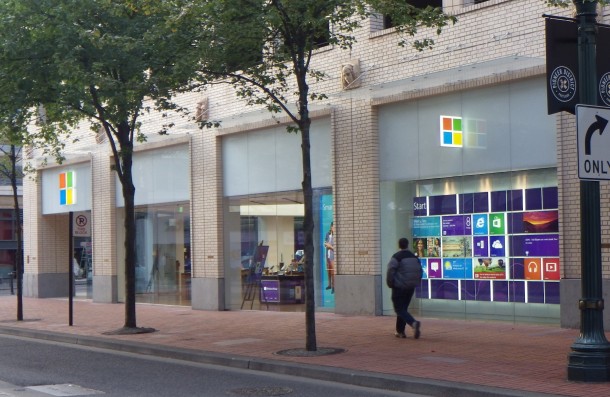 Apparently, no one gives two shits about Windows Phone. 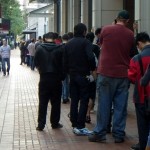 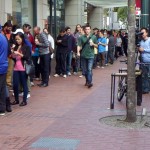 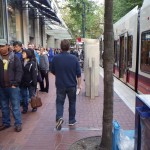 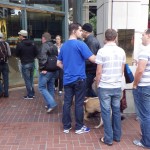 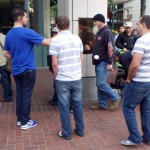 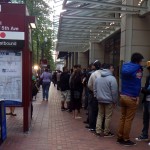 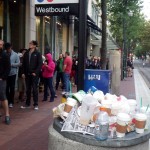 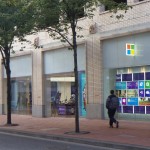 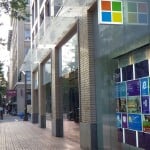 Not just one, but several blogs have an iPhone 5s and a 5c and are willing to risk those devices...