Apparently, people really, really love gold smartphones. HTC does as well, with some leaked photos showing a HTC One Mini emblazoned in gold.

The images were sent to GSMArena from an anonymous tipster, and include no details about the possibility of a public release of pricing. We’re pretty sure that this is a custom gold-plated edition, made by a jeweler. Chances of a gold HTC One Mini being released to the masses is highly unlikely, especially since the blinged-out HTC One that could will cost a small fortune, for sure.

So check out the pics below for a glimpse at this unbelievable HTC One Mini. 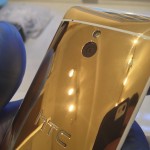 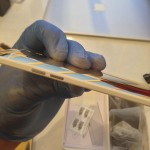 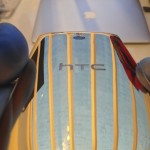 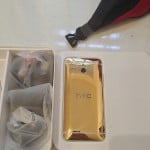 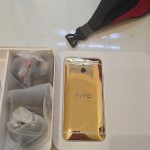 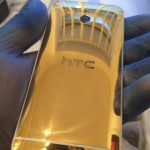