An update to Ingress has just been pushed out to the Google Play Store, bringing with it a handful of tweaks and a few new features. The most notable addition is an avatar creator for agents.

The avatar creator was hinted at in last week’s Ingress Report and allows agents to create a customized avatar, using “shaper glyphs”. These glyphs are a bit bizarre, but so is the rest of the game, so it’s rather fitting. Instead of the player’s faction symbol, the new avatar will sit alongside the agent’s name in the application. 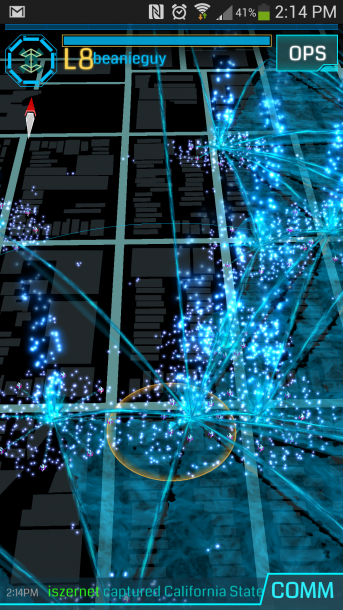 Take a look at the full changelog from the Google Play Store below:

Version 1.36.0
* Avatar Creator – design your own agent avatar for your profile.
* Octagon around the agent avatar displays agent level (1-8).
* New AP progress bar at top of Scanner.
* Streamlined new agent training flow.
* Object descriptions in inventory.
* Alerts tab in COMM.
* Clicking on a notification in the Android tray will open the Alerts view.

As mentioned above, the COMM now has a dedicated tab for alerts. Now if someone sends you a direct message through the app, you’ll no longer need to scroll through the oft cluttered chat to find your message. Other simple tweaks include a new AP progress bar that looks pretty slick (for what it is.. given that it’s a progress bar).

The updates just keep coming for Ingress, and while the ability to create your own avatar is a nifty idea, we’d definitely like to see some new features when it comes to simple things. I’d personally like to see the ability to “gift” items to another player by using NFC. Just a thought, Niantic.

If you’re an Ingress player, be sure to hit up the link below to get your update on.