It doesn’t matter how great the current generation of a smartphone is, as people are always looking for the ‘next big thing’. The Samsung Galaxy S4 has proven to be an insanely popular device that has sold millions, but that certainly hasn’t stopped many from giving their best guess as to what the Galaxy S5 will look like.

Concept designs for the Galaxy S5 are everywhere, ranging from a simple tweak here and there from its predecessor to some downright crazy redesigns. We’re going to break down some of our favorite concept designs we’ve seen on the net, regardless of how ridiculous they may be. Oh, and there are plenty of ridiculous designs out there.

This first concept design is rather straight forward. It’s essentially a Galaxy S4 with a couple of tweaks. An edge-to-edge display swallows the face of the device, which is a trend you’ll see in most concept designs. You’ll also see that the camera placement has been moved to the side for whatever reason. Other than these few tweaks, there’s not much to speak of. Given the minimal updates on this design compared to the S4, the end result of the Galaxy S5 could indeed look something like this. Just don’t expect a real edge to edge display.

The next concept features Samsung’s flexible AMOLED display that we’ve seen for quite a while now. In this concept, the device comes in at a mere 7.5mm, allowing it to still stay relatively thin when folded. The black handset is lined with metallic edges and veers away from the Galaxy S4’s rounded edges. 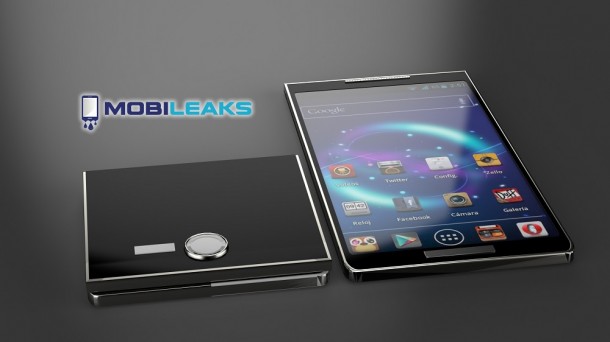 This concept design is for you spec-junkies out there. For starters, this concept of the Galaxy S5 ships with a 1.3GHz deca-core Exynos 6 processor. You’ll also get 3GB RAM, 16 megapixel camera, 2.5 megapixel front-facing camera, and 3100 mAh battery in a 7.1mm package.

We’ve already covered this particular concept design of the Galaxy S5, but it’s still one of the more interesting ones we’ve come across. This sleek design combines a flexible OLED display with a 2GHz Exynos 5 OctaCore processor, 3GB RAM, 16 megapixel camera, 3.2 megapixel front-facing camera, Android 4.4 KitKat and more, all wrapped in an aluminium unibody package. This may be one of the sleekest handsets we’ll never see materialize.

Finally, this design is one of our favorites, but it’s actually a concept design for the Galaxy S6. This ridiculously attractive handset not only has a great set of specs but an equally intriguing user interface. Specifications include a 4.5 inch flexible S-OLED display (1920×1200), plastic unibody with Hyperskin nano-coating, 18 megapixel camera with support for 4K video recording, and a battery that will last you a full week.  Check out more photos of this sexy concept design in the gallery below! 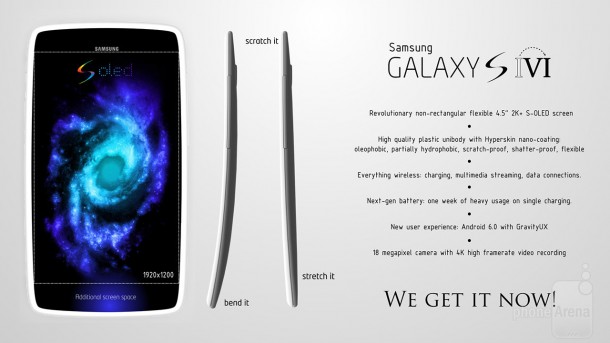 Those are just a few of the many Galaxy S5 concept designs. Expect to see a lot more in the future as the real Galaxy S5 gets closer! Check out the full gallery below and tell us which one is your favorite in the comments below! 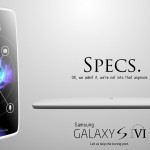 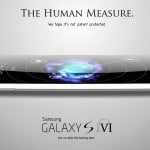 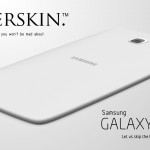 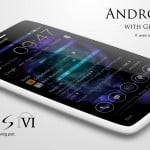 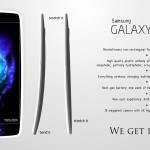 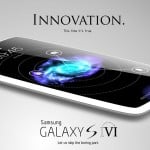 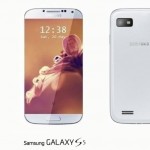 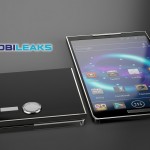 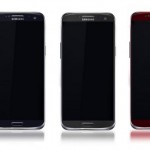 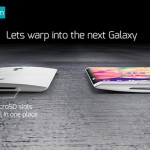 Ready for the next installment in the Hunger Games? We sure are! Beginning on October 1st, you can purchase advance...