Apple shook up the world when it unveiled its brand new mobile operating system, iOS 7. Unfortunately, the company’s move to drastically change things around have hit some roadblocks along the way. People who tested the first beta versions hated the way the icons looked, and the thinner font in the beginning was dreadful and hard to read for most testers.

Then September 18th came around and iOS 7 hit the masses. So when the new version OS hit the public, more issues surfaced; notably with folks and their health. Reports began to hit the inter-webs talking about how the new update was making people sick, literally. It’s so serious that people today still won’t update to the latest firmware because of the fear of being sick when using their phone. Users claim the animations are making them feel very dizzy and nauseous and giving some people headaches — Damn.

So I had some time to think this through as most folks are different when it comes to what does, or doesn’t affect them. However what I found was the ‘Reduce Motion’ feature in the Settings does help alleviate many of these issues. For starters, once you enable it-it rids users of that annoying floating effect found on most of the software, which Apple calls Parallax. To me this is the most annoying of all of the animations.

Unfortunately, the zooming effect that most people are complaining about, can’t be changed as of yet. But reducing the motion, screen brightness, and transitioning in and out of apps should help solve the dizziness a bit. 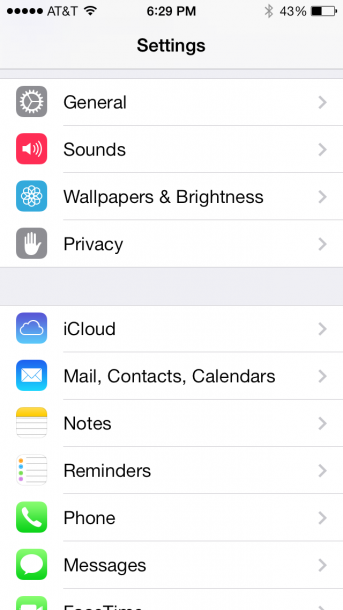 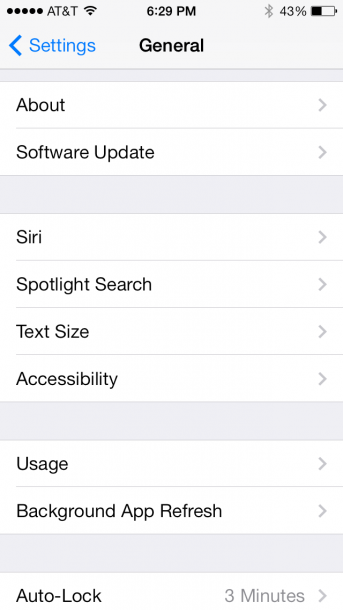 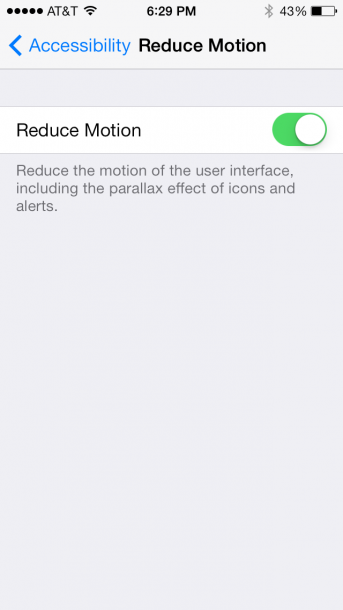 Most people will find the “motionless” iOS 7 more tolerable than the parallax effect that comes with every phone out of the box. I know I did.

Let us know if the Reduce Motion feature helped make your experience better!

We already knew that the iPhone 5s' design wasn't going to be dramatically different from its predecessor, given all 'S'...