Samsung’s got a trick or two left up their sleeves, and the Galaxy J looks to be more than just a parlour trick. The device, which is in essence a souped up Galaxy S4 was leaked today via a Japanese carrier brochure, and will be part of NTT DoCoMo’s late 2013 – early 2014 device lineup.

The Samsung Galaxy J sports a metallic or colored body and a more rectangular look than other Samsung offerings. The device touts an ovular home button which the GS4 boasts as well. The device will come in three different colors, Coral Pink, Satin White and Lapis Blue, with no word on other colors just yet.

Where the Galaxy J stands out is in the spec sheet. The device is said to be packing a Snapdragon 800 2.3GHz quad-core processor, a 5 inch 1920 x 1080 Full HD display and a massive 3GB of RAM. We’ve also heard tale that the Galaxy J will be touting a 3,000mAh battery, which doesn’t seem that far of a stretch considering the beefy insides this guy is rocking.

The Galaxy J looks pretty sweet, even if it is only coming to Japan. While we won’t be able to get our hands on the device in the States, the specs give us a look at what Samsung may be planning for their next flagship phone, the Galaxy S5.

While pricing and availability are still undisclosed at the moment, we will keep you in the loop once more details become available. 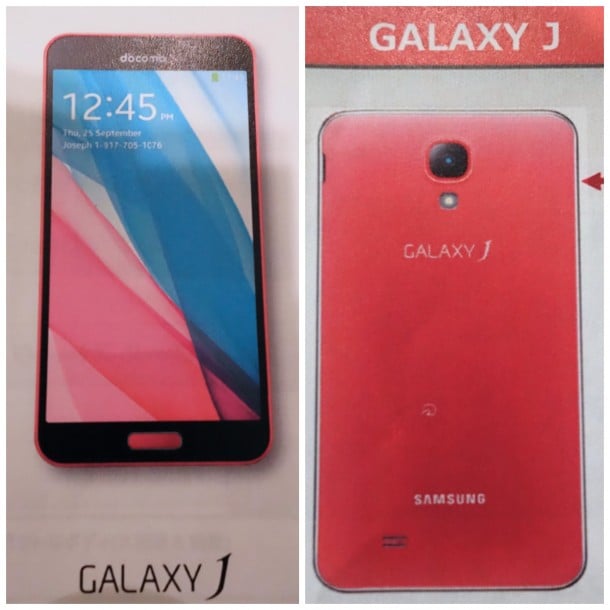 While Google Glass still hasn't been released to the public, there certainly isn't a short supply of soon to be...