Official accessories for Nexus devices usually take their sweet time to become available in the Google Play Store, but those of you who purchased the 2013 model of the Nexus 7 now finally have an official flip cover for the tablet available.

In mid-August, an official Nexus 7 sleeve was made available through the Google Play Store, requiring owners of the tablet to opt for third-party offerings for cases. Now users can purchase the official Nexus 7 case that ships with a microsuede cover and a built-in stand to prop the tablet up on a flat surface directly from the Play Store.

The new case is available in 4 different color options, including black, white/red, gray/red, and gray/blue. While the color choices aren’t necessarily exciting, they will provide a nice pop of color to your tablet while protecting it from your clumsiness. 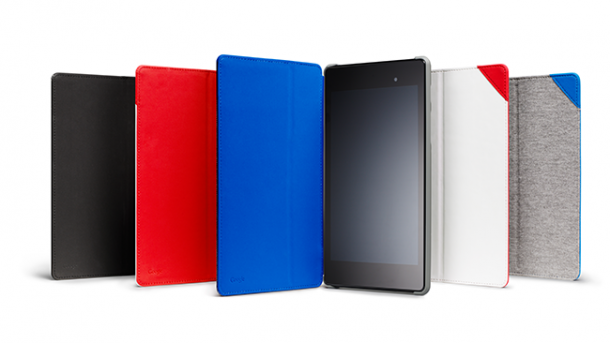 Unsurprisingly, the new Nexus 7 cases will cost you a pretty penny. At $50 a pop, these Nexus 7 cases, while premium in quality, offer little over existing cases available through third-party offerings. Still, if you need the official case, we have our doubts that you’ll be disappointed. All that said, $50 isn’t too bad considering what you can pay for a tablet case.

If you’re already sold, be sure to head over to the Google Play Store to secure yours now!