HTC has sent out invites for an event set to take place next Wednesday, November 27th. We’re not exactly sure where the event will take place, but HTC’s event will more than likely occur in China or Taiwan. It’s not clear either what exactly HTC will be unveiling, but with HTC’s big ol’ HTC One Maxx launching recently, we will more than likely see a few lower end devices. Could HTC be unveiling a mid-range affordable device set to take on the Moto G? There’s no telling, but it would be a smart move considering HTC’s recent economic troubles. 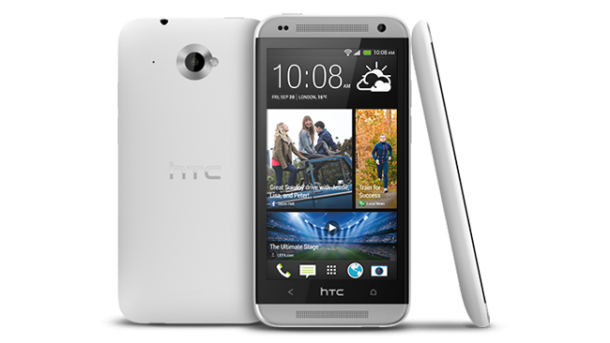 The event invitation contains the text “HTC Desire” which leads us to speculate that HTC will be unveiling some new devices in their Desire line. We could see some refreshes to their affordable Desire 200, 300, 500, 600, or even a few new Desire handsets such as the 601, 700 dual-sim and 501. We could also see the Desire 709d which comes with a 5-inch screen with a qHD (540 x 960 pixels) resolution,a Qualcomm 1.2GHz Snapdragon 200 quad-core processor, 1GB of RAM, 8-megapixel rear camera with LED flash, 2-megapixel front-facing one, two SIM card slots, HTC BoomSound (front stereo speakers), 2,100 mAh battery and 8GB of expandable storage.  It’s a pretty safe bet to say that we won’t be seeing HTC’s next big smartphone, the M8 at the event since the device is expected to land in 2014.

What do you think HTC will unveil?

Hot off of the heels of an awesome concept video, the supposed aluminum chassis of the upcoming Samsung Galaxy S5...