Google Glass may only be in the hands (well, on the faces) of a select few “Explorers”, but it’s already run into plenty of controversy. Now another establishment is banning Google’s wearable technology!

Google remains silent on Google Glass’ wide release date, but the company recently increased fourfold the amount of Glass on the street by allowing Explorers to invite friends. As the visibility of Google Glass grows,  the backlash has begun. Recently a woman was pulled over for wearing Glass behind the wheel, and several restaurants and bars have banned Glass – especially in the high-tech-heavy cities of San Francisco and Seattle.

Seattle’s Lost Lake Cafe & Lounge became the latest to prohibit Glass in its establishment announced on its Facebook page that Google Glass is not welcome within its doors. It looks like this ban came about after a run-in with an unruly glasshole. It sounds like the intrepid Explorer became irate when asked to remove his (I feel fairly safe assuming this person was male) Glass. 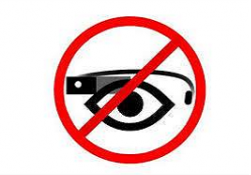 We recently had to ask a rude customer to leave because of their insistence on wearing and operating Google Glasses inside the restaurant. So for the record, here’s
Our Official Policy on Google Glass:

We kindly ask our customers to refrain from wearing and operating Google Glasses inside Lost Lake. We also ask that you not videotape anyone using any other sort of technology. If you do wear your Google Glasses inside, or film or photograph people without their permission, you will be asked to stop, or leave. And if we ask you to leave, for God’s sake, don’t start yelling about your “rights”. Just shut up and get out before you make things worse.

Apparently Thomas Jefferson over here forgot about an establishment’s rights to refuse service to anyone. Whatever your thoughts on Google Glass and the technology’s implications for privacy, the fact remains that an establishment can make reasonable rules within its doors. So vote with your dollars, Google Glass fanatics, and take your business elsewhere. Otherwise, deal with it. 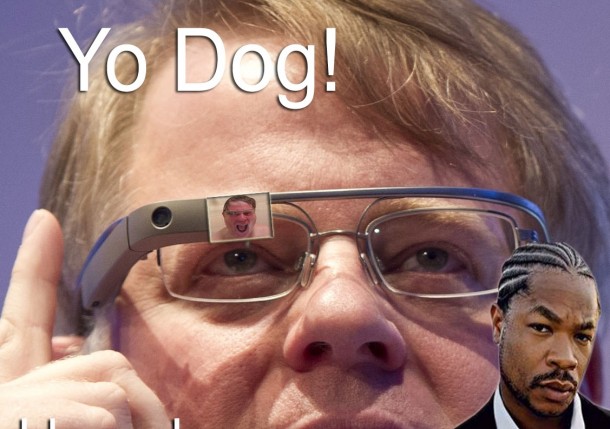 Cyber Monday. The name sounds way cooler than it actually is, like a robotic fight to the death or something,...