BlackBerry device owners are in for a treat today, as Twitter has updated their BlackBerry app with some awesome new features. Twitter now includes BBM integration, allowing users to Tweet and update their BBM status at the same time.

So what are you waiting for? Head over to BlackBerry World to download the Twitter for BlackBerry devices. 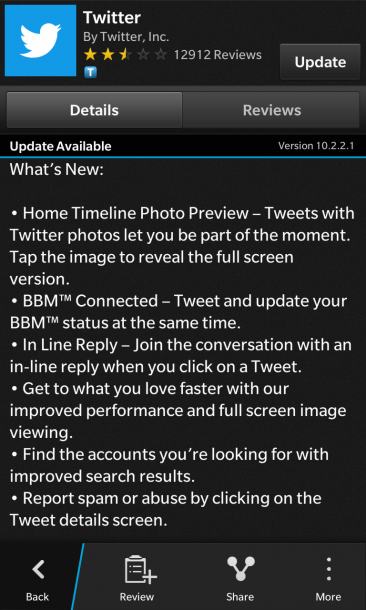