Verizon’s LG G2 is getting an update today, but it’s not the Android 4.4 update that we were hoping for. Dang. The update does bring some security fixes, adds a piece of Verizon bloatware and an improvement in video playback.

The update brings Verizon’s LG G2 up to version VS98012B. Here’s the full changelog from Verizon:

This update is great and all, but where’s our KitKat LG and Verizon? We recently heard that the Korean LG G2 would be receiving Android 4.4 later this month, and then begin its rollout to other parts of the world. Knowing how Big Red takes their time with updates, it could be early 2014 before we see Android 4.4 KitKat land on the LG G2. Here’s to hoping!

Look for the update to hit your device soon, as it is rolling out in phases. 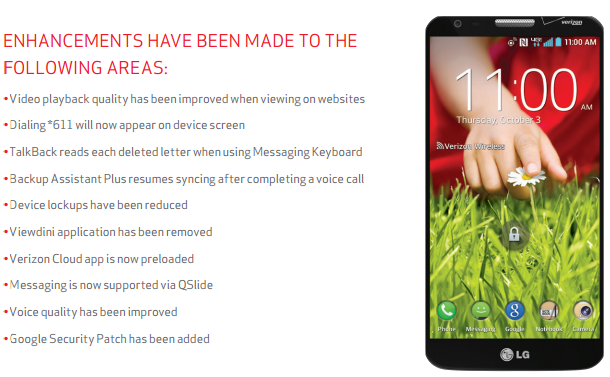 Samsung is releasing a Game Edition of their Galaxy Tab 3, which includes the company's recently released Smartphone GamePad, a...