The HTC One was clearly one of the most popular smartphones of 2013, but it didn’t come easy for the manufacturer. HTC began the year in the hot seat, with smartphone sales facing a slump. Once top of the heap in the Android smartphone game, the last few years had left HTC a little empty-handed. Samsung had gained popularity with their Galaxy brand of devices, and Apple continued to slap HTC in the face with their iOS devices. The handset maker was facing a glut in sales and was determined to bring their brand back into the limelight. The company put all of their weight behind the beefy HTC One smartphone, but even that couldn’t bring HTC out of the trenches.

Although the company released a few Windows Phone handsets and some low-end Android devices, the HTC One was the only HTC device of the year that sent fear into the hearts of other Android smartphone manufacturers.

There Can Be Only One 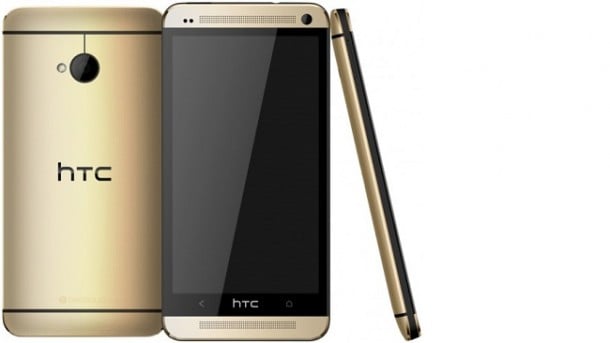 The HTC One made a splash when it launched in March, releasing about a month before Samsung’s Galaxy S4. The aluminum clad device marked the debut of some amazing bells and whistles which would end up making their way to some of HTC’s other 2013 smartphones, such as BoomSound, Blinkfeed and a Ultrapixel camera just to name a few. Powered by a quad-core Snapdragon 600 CPU and touting 2GB of RAM.  HTC’s Sense overlay, can be found running the show, which includes BlinkFeed, a widget of sorts that displays news feeds and the like. The Ultrapixel camera promised a new way to take photos, and HTC’s Zoe picture taking mode became a hit. Upon activating Zoe, the camera will take a few seconds of video before and after the picture is taken. When you have taken a few Zoes and photos, a Zoe Highlights video will be created for you, without any work on your part. You take the photos and Zoe can do it thing.

The display and design are where the HTC One really shines, though. Rocking a 4.7 inch 1080p HD Super LCD 3 display that’s ultra crisp and clear, the screen on the HTC One is one of the best we’ve ever come across in a smartphone. You’ll find a slightly higher PPI on the device as well, as most of the competition’s devices have 5+ inch displays. The screen is taller than many other 4.7 inch handsets we’ve come across, which helps the device fit in the hand better. The aluminum body provides a bit of heft to the smartphone, which was a nice touch on HTC’s part. In the age of plastic covered units like the Samsung Galaxy S4, the HTC One was a breath of fresh air.

The handset sold moderately well, mostly to hardcore HTC fans and high-end smartphone enthusiasts. The HTC One needed to catch on with the masses, though, and that’s when HTC decided to enlist Robert Downy Jr. in a new marketing campaign. 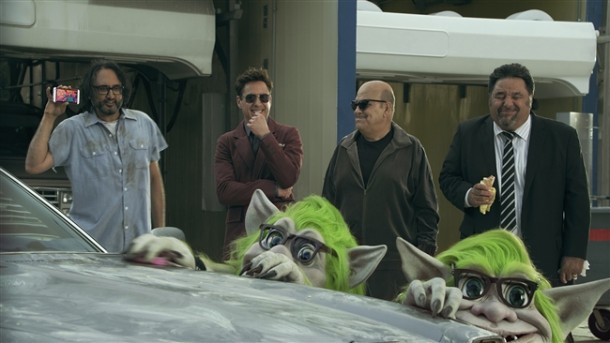 HTC’s new marketing ploy was a bit strange, to say the least. The company began a marketing campaign which played with their name, coming up with funny ideas for what the company’s three-letter name stood for. In a series of television ads starring Robert Downey Jr., phrases such as “Hipster Troll Carwarsh” and popped up in ads across the world. HTC wanted to become the changemaker of the smartphone industry, as exemplified by the following quote.

“HTC’s innovation, authenticity and boldness have made us the change-­makers in the mobile industry and led us to launch what influencers regard as the best phone in the world, the HTC One. Our original and playful Change platform is different to anything else out there and aligns our brand with the same qualities our phones are already known for. With this campaign, we are affirming what HTC’s role is in the mobile market which is to define change and to lead the industry in developing the newest and most innovative technologies.” – Ben Ho, CMO of HTC

HTC also released multiple colors of their HTC One, including blue, gold, red and black. The colored Ones are still on sale, but are region and carrier specific. 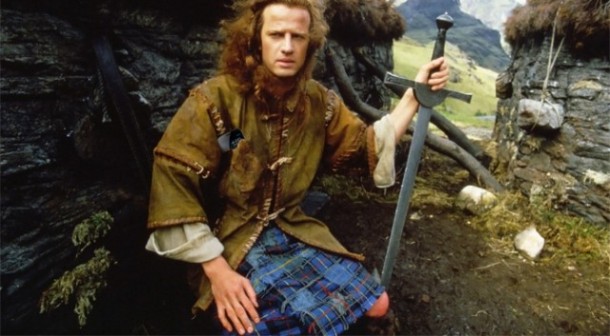 As 2013 comes to a close, all eyes are on HTC’s next flagship smartphone, which is codenamed the M8. The M8 is rumored to be a high-end Android smartphone touting a 5 inch screen, Sense 6.0, a Qualcomm Snapdragon 800 processor and 3GB of RAM. The M8 could also tout a Ultrapixel camera and BoomSound speakers. HTC will continue to roll out some mid-range Windows Phone models, as well as Android handsets which will be destined for emerging markets.

HTC’s plans for 2014 may be put the company back in the top of the smartphone game. HTC has a plan to breathe new life into the company, which consists of four major points. The plan includes repositioning key officers, outsourcing production, putting low-cost MediaTek chips into their future devices released in emerging markets and grabbing more customers. With Samsung’s current level of popularity thanks to their Galaxy brand and Apple’s iPhone 5S and 5C selling like crazy, HTC could have a rough time regaining its position as one of the best Android handset makers in the world. The company must also make a huge push into emerging markets, the logical place for smartphone manufacturers to head in the coming years. With smartphone penetration reaching all time highs in established markets around the world, HTC breaking in to markets that are just adopting smartphones could ensure their survival in the coming years. If first time smartphone customers purchase a HTC device and are satisfied with it, they will more than likely continue buying the brand’s devices in the years to come.

While LG officially came out of the shadows with one of the best smartphones of 2012, the Optimus G, we...