Hot on the heels of Microsoft’s announcement that it sold 3 million Xbox One units in 2013, Sony has hit back, announcing that a whopping 4.2 million PS4 consoles have been sold in 2013.

If you’re a gamer at heart and an Xbox loyalist, the $100 premium of Microsoft’s latest console likely didn’t make you too squeamish, but the $399 price point of the Sony PS4 certainly seemed to be attractive to more people. Given that the PS4 was (and still is) harder to come by, it’s pretty impressive that Sony has managed to rake in this many sales for the console. 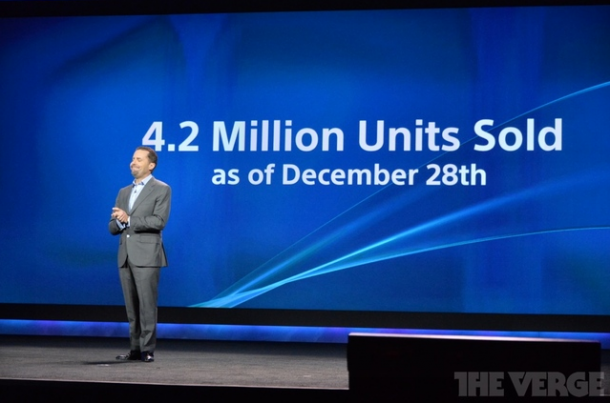 The PS4 pulled in 2.1 million sales just 16 days after it launched, and by December 28th, 2013, the sales numbers doubled. In roughly the same time frame, Microsoft managed to grab 3 million Xbox sales, but Sony’s offering did launch a week earlier. This may have something to do with the difference in sales numbers but it’s really hard to be disappointed with each of the figures we’re getting from the two companies.

While both the PS4 and Xbox One have a rather lackluster set of launch titles, that hasn’t stopped the millions of people from grabbing the latest consoles. Of course, that’s all set to change in a few month, with a ton of great titles on the way.

Which console are you sold on?

Wow, forget the gadgets, CES this year is all about the DRAMA! First Michael Bay's onstage meltdown and now this?...