Remember those colorful Nexus 5 rumors from last week? Thanks to a slew of new pictures, those rumors look to be coming true. The Nexus 5 in a vibrant red color have been unleashed on the web, confirming at least one of Google’s Nexus 5 color variants. These pictures give us way more info on the red Nexus 5 than last Friday’s picture did.

The images from Twitter user @artyomstar picture a red Nexus 5 in its official retail packaging, on pallets ready to be delivered to an unknown retailer. The pictures show labels which reveal the units as 16GB variants, and the country code GBR which leads us to believe the devices are heading to Great Britain.

Google has yet to officially announce the colorful Nexus 5 units, so pricing and availability are still unknown. We can’t see Google jacking up the price of the unit that much if at all, so expect the red Nexus 5 to fetch a price of $349 for the 16GB version.

Are you excited about a super bright red Nexus 5? Google sure thinks so. And with Valentine’s day on the horizon, red makes tons of sense. Because, you know, love and stuff.

We’ll have more on the colorful Nexus 5 smartphones as more details leak out. Check out the pictures below! 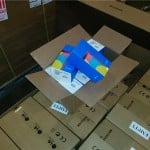 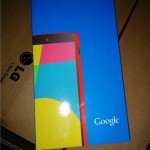 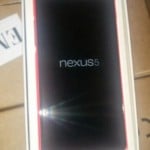 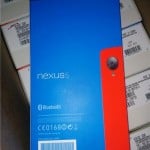 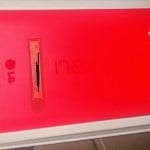 Haven't gotten your Moto X yet? Today is a great time to pick one up off-contract. For one hour only...