MWC 2014 is off and running, and there’s been no shortage of Firefox OS news so far. Some say the mobile OS will go nowhere, with Android and iOS dominating much of the world. But if Mozilla and Alcatel have their way, smartphone users in emerging markets will be sporting $25 Firefox OS smartphones. Sound too good to be true? It’s not.

First off, Mozilla has announced a new developer model smartphone, the Firefox OS Flame which rocks a 4.5″ screen and a dual-core processor. A few tablets were also announced by Mozilla, the 7 inch VIA Vixen and the 10 inch Foxconn InFocus, also development devices. Mozilla also unveiled new developer tools, which will help developers and manufacturers make adjustments to the devices. Check out the specs of the Firefox OS Flame, VIA Vixen and Foxconn InFocus reference devices below. 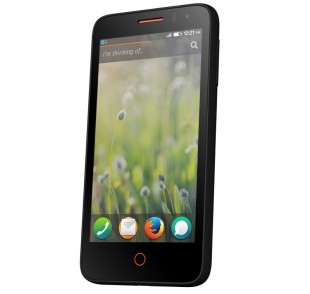 Alcatel announced three Firefox OS powered smartphones and one tablet, all with entry to mid-level specs. The smartphones include the Alcatel OneTouch Fire C, Fire E and Fire S, with Alcatel’s tablet carrying the name of OneTouch Fire 7. Check out the specs below. Next up we have Alcatel’s Firefox OS tablet, which is being kept a bit of a mystery. Alcatel hasn’t shown any pictures of the device, and claims the tablet as a concept device. We’ll see when and if Alcatel rolls it out to the public anytime soon. In the meantime, check the known specs below.

Firefox OS will be making its way to 12 new markets in the first half of 2014, with Telefonica launching devices in Argentina, Costa Roca, El Salvador, Ecuador, Germany, Guatemala, Nicaragua and Panama. Deutsche Telekom will push Firefox OS to Croatia, the Czech Republic, Macedonia and Montenegro.

That’s all the Firefox OS news we’ve got for now. Stay tuned for more as our coverage of MWC 2014 in Barcelona continues.

While Qualcomm will continue to dominate the high-end of the market, MediaTek is powering an increasing number of low- to...