BBM users will be receiving some sweet new features this afternoon when BlackBerry begins the rollout of an update to BBM for BlackBerry 10, iOS and Android devices. The updates bring stickers to BBM, the ability to send larger files to other BBM users and share pictures while in the middle of a multi-person chat. Similar to Facebook Messenger, some sticker packs will be free of charge, while some will carry a price tag of $1.99. Sticker packs will contain around 20 or 25 stickers, and will include popular brands such as WWE and CosCat.

Here’s a look at all of the features BlackBerry has packed into the new BBM update: 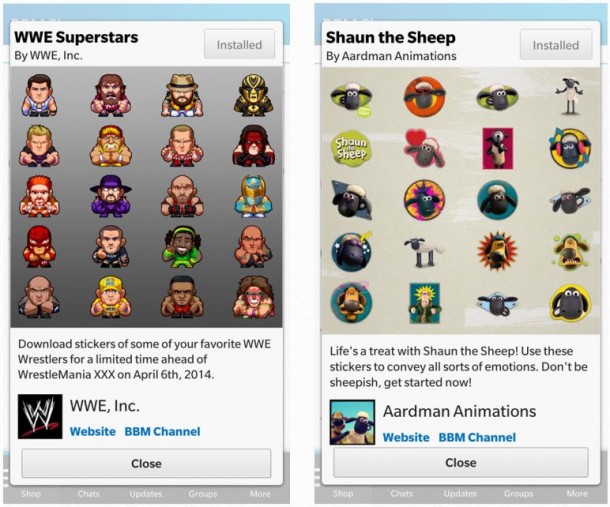 The BBM update will begin its rollout later this afternoon. If you don’t see the update directly on your device, head over to the Google Play Store, BlackBerry World or the App Store and manually download the sticker touting update.

Infographic: The Android Story from Cupcake to KitKat

Sure, we all know about Google's Android mobile operating system today, but back in 2004, almost nobody had heard of...