Just the other day we’ve told you that the Note 4 will have a unique design with three-sided screen. This is something Samsung has secured a patent for, all with some cool uses cases.

According to GalaxyClub.nl which revealed the patent to the world, the Korean company will use those extra sides not only to serve notifications and other messages, but also to allow users to quickly unlock the screen, start apps and more.

In addition, the patent also envisions a hardware feature where something would slide out of the phone. It’s still not clear what this part could be used for, though we would be willing to guess Samsung could “hide” a Bluetooth headset here. Or a stylus.

In any case, the Galaxy Note 4 should be officially announced in September during the IFA conference in Berlin, Germany. We’re sure we’ll catch some additional leaks in the meantime. Stay tuned… 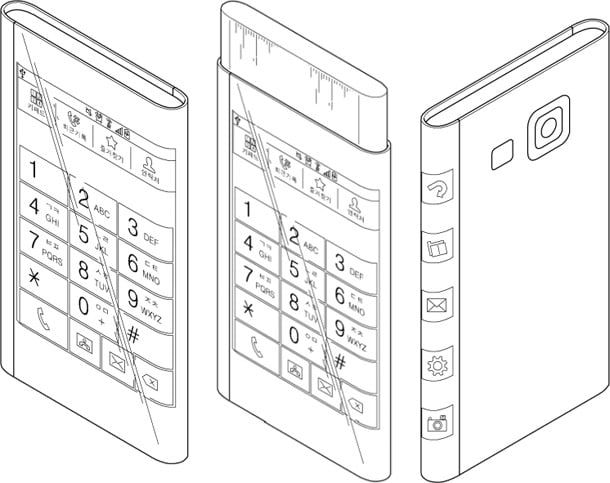 This is the Samsung Galaxy K!

The soon-to-be-launched Samsung Galaxy K aka Galaxy S5 Zoom has been leaked again, and it looks rather slim considering that...