No longer will you have to get a 3G-only devices from BLU Products. With the newly unveiled BLU Studio 5.0 LTE, the company is turning a new page in its history, (finally) joining the 4G revolution. That LTE radio, however, won’t work with all U.S. networks – it sings along T-Mobile networks’ LTE bands and can also be used with the Magenta carrier’s subsidiary, MetroPCS.

As you would guess from the phone’s name, the Studio 5.0 comes with a 5-inch screen though with meager qHD (540 x 960 pixels) resolution. In addition, it rocks Qualcomm’s Snapdragon 400 quad-core chip clocked at 1.4GHz, 1GB of RAM, 8-megapixel rear and 1.6-megapixel front cameras, 2,000 mAh battery and 4GB of expandable storage (with microSD cards). Android 4.2.2 is running the show while Android 4.3 update should be coming later this year.

Interested users will be able to buy BLU’s first LTE phone for $249 sans any strings attached. Available colors include Neon-Yellow, Fashion-Orange, Glimmer-Pink and Ceramic-White. The phone will ship by the end of May when you will be able to buy it from a number of retailers in the U.S. including Amazon, Best Buy and Walmart. 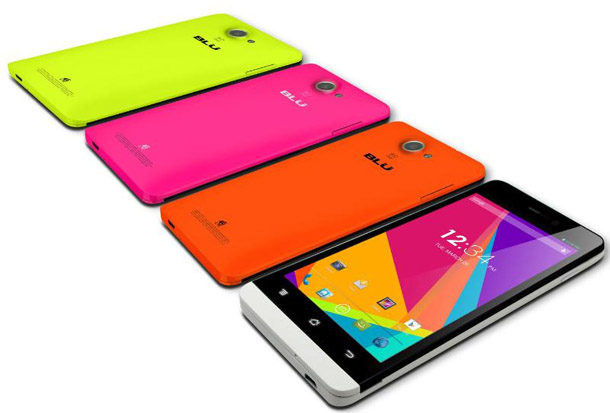