Samsung will no longer be the only company offering phones with faux leather, with Huawei apparently looking to join this trend, as well.

At first glance, the leaked Huawei Glory 3X Pro looks very much like the Galaxy Note 3; however, it’s a different beast under the hood, fitting more in the mid- rather than high-end of the market.

Specs wise, this phablet will come with a 5.5-inch full HD screen, MediaTek’s MT6592 octa-core chip clocked at 1.7GHz, 2GB of RAM and 16GB of internal storage. It also boasts a 13-megapixel camera on the back that is coupled with a 5-megapixel front-facing shooter.

We’re still not sure when this phone will be officially announced; it will first hit Huawei’s home turf of China where interested users will be able to buy one for 1,699 Yuan, which is the amount that translates into roughly $272.

Finally, it remains to be seen whether this will be the only Huawei-made phone with faux leather design or the company will launch few similar devices this year. 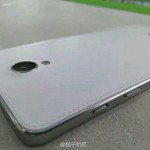 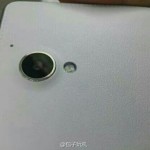 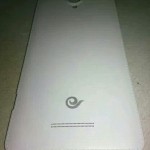 The Samsung Galaxy Note 3 Neo is about to get a few new color options, and they're pretty sassy. A...