The long–time rumored Vivo Xshot has been officially announced and as far as we can tell, this could be one of the best camera phones ever. Its main (rear) camera has a 13-megapixel sensor with f/1.8 aperture and optical image stabilization. In addition, there’s also a two-stage shutter button on the side, as well as a dual-tone LED flash, similar to the one iPhone 5S and HTC One M8 have.

And that’s not all, the Xshot also rocks an 8-megapixel front-facing camera with — check this out — LED flash of its own. Yup, this will assure your selfies rock.

Rest of the specs include a 5.2-inch full HD screen, Qualcomm Snapdragon 801 quad-core chip clocked at 2.5GHz, 3GB of RAM, 4G LTE connectivity support, and 32GB of expandable storage. You also get a 2,600 mAh battery which, unfortunately, is not removable. Android 4.4 KitKat will run the show right from the get-go, with Vivo’s own Funtouch OS 1.2 sitting atop.

Finally, it’s worth adding few words about Xshot’s audio quality. The Chinese firm included all the bells and whistles to make this phone sound as awesome as possible. Included in the deal are a Maxim MAX97220 headphone amplifier, a Cirrus CS4398 DAC, and a TI TLV320 ADC chip for wider audio input bandwidth.

Unfortunately though, the Vivo Xshot will first hit China and as I’m writing this, we’ve no idea whether it will ever make it to the Western hemisphere. I’m sure I’m not the only one craving for one of these. 😉 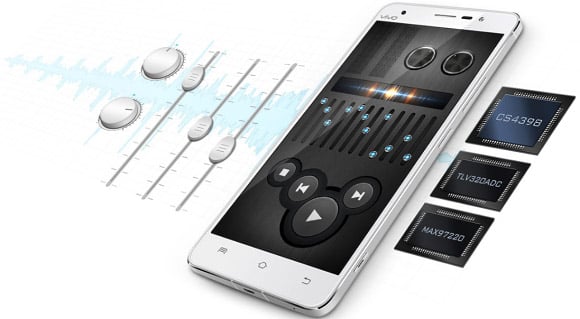 LG F90 is heading to two of the Sprint-owned prepaid carriers, Boost Mobile and Virgin Mobile. However, once it lands...