Sony is apparently working on a new low-to-mid range phone as we speak. What looks like the Sony Xperia Z Mini — not to be confused with Xperia Z Compact — was caught at GFXbench. Marked as Sony D2403 – this, still unannounced device is a low-to-mid range product with specs that are comparable to Samsung Galaxy S4 Mini… and few other phones for that matter.

It comes with a 4.4-inch qHD (540 x 960 pixels) screen, 1.2GHz quad-core processor (likely Qualcomm Snapdragon 400), Adreno 305 graphics, 1GB of RAM, 8-megapixel camera on the back and VGA front-facing camera, while Android 4.4 KitKat is running the show. There’s also 16GB of internal storage which is somewhat unusual for phones in this range; this in turn could hint us that going forward, Sony’s higher-end products will rock at least 32 gigs of flash memory.

Anyway, we’re not sure how the D2403 will be known once it’s launched, but yes it will fit Sony’s Xperia range. More to come, obviously. 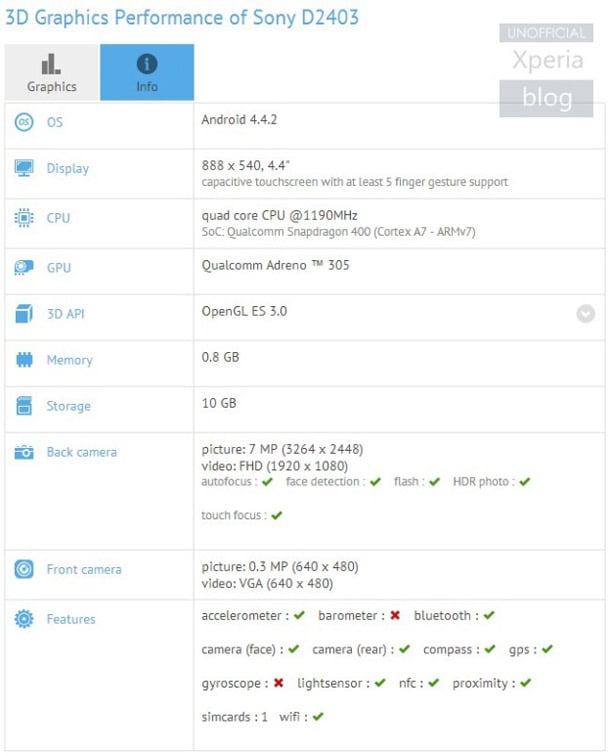 Samsung is apparently working on an Oculus Rift-like device of its own. This shouldn't be confused with Samsung smart glass...