You may’ve noticed that BlackBerry CEO has been showing off two of the company’s upcoming products, BlackBerry Classic and BlackBerry Passport. The former has the BlackBerry’s classic trackpad as well as other standard keys that use to come with all BlackBerry smartphones “back in the days.” It’s the latter that got all the attention, as it could be the first business-class phablet, rocking a big 4.5-inch 1440×1440 pixels screen along with rather wide keyboard below. At first, the device looks kinda awkward but on the second thought – it could be a hit device for the Canadian company, here’s why:

1. More screen estate = increased productivity
That screen can “handle” more data allowing users to see more of their documents’ contents; or they can edit a spreadsheet with ease, with the ability to see more columns and rows than on any other BlackBerry smartphone.

2. It merges best of two worlds
By merging the big screen experience with full QWERTY keyboard, users get best of both worlds. They can still browse websites and enjoy videos on a big screen while being able to type longer emails with a physical keyboard.

3. It remains solid under the hood
It’s still runs BlackBerry OS, which stands for superior security. And that’s the most important thing in the market BlackBerry is targeting = enterprise and government users.

4. Amazon apps
Just the other day, BlackBerry announced partnership with Amazon to ship the Amazon Appstore app preloaded with its smartphones. This in turn will allow BlackBerry device owners to choose between more than 200,000 apps that should be able to run on their smartphones without any customizations whatsoever. This fact alone should solve the “app count” problem BlackBerry has been facing for years. Or at least, that’s what they’re hoping to achieve.

On the downside though, the entire phablet market isn’t as big as the “regular” smartphone market. Not everyone will want to carry such a big device around and BlackBerry hopes these folks, presuming they go for a BlackBerry smartphone, will opt for the Classic instead. We’ll see how that works. In the meantime, we’re reaching out to BlackBerry to get the Passport review unit as soon as possible. 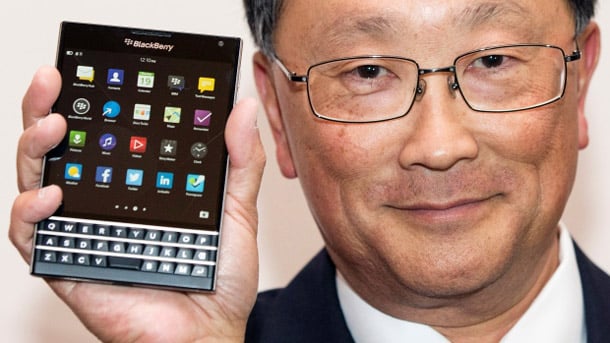 Acer is seemingly preparing to launch a unique Chromebook, one that would get its power from NVIDIA's powerful Tegra K1...