Popular augmented reality game Ingress is now available for iOS devices. The title, created by Google’s Niantic Labs has been available only for Android late 2012. Ingress has gained a strong following of players, or “operatives” who have been opening up and shutting down portals around the globe. The story behind Ingress is part sci-fi, part horror and all fun.

Get ready iOS users. Make sure those external battery packs are charged up and you’ve got some good athletic shoes on. Will you join The Enlightened or The Resistance?

Ready to get started? Download Ingress for iOS here!

If you’re new to Ingress, be sure to check out the video below for a step by step guide to getting up and running. Check out the picture below to make sure you know an Ingress operative when you see one! 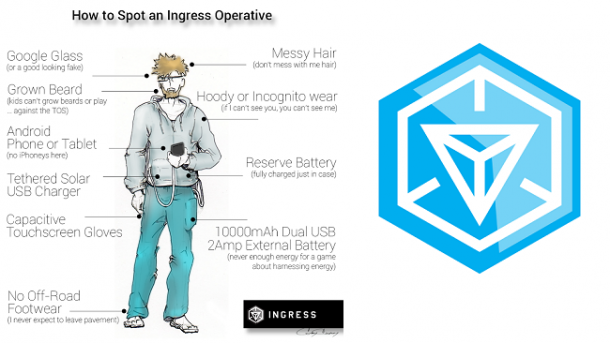 Apple working on an all-glass iPhone?

Apple has managed to secure a patent that explains how it could make an all-glass iPhone. The filing titled "Fused...