Windows Phone is still the least popular OS of mobile devices, taking a beating at the expense of its big siblings Android and iOS. The platform is growing up fast though, and soon Windows Phone devices will be all grown up and playing with the big guys.  The Lumia 635 is a step in that direction, and one that couldn’t come at a better time for both Nokia and Microsoft.

The Lumia 635 is an impressive yet striking piece of hardware. It’s light, compact and has just enough screen to keep you happy, all while fitting snugly in your pocket. The Lumia 635 isn’t a beast when it comes to raw processing power, but that’s not the point. The entry-level smartphone is clamouring to land in the hands of first-time smartphone owners and those on a budget. In this arena, the Lumia 635 is a win, packing enough horsepower to get the job done without missing a beat.

Design, specs, who cares? The real story behind the Lumia 635 is that it includes the Windows Phone 8.1 software, which brings Microsoft’s digital assistant, Cortana to the $100 device. This plus many other tweaks delivers a smooth, seamless experience when using Microsoft’s minimalist OS.

Is the Nokia Lumia 635 the smartphone for you? Read on below to find out. 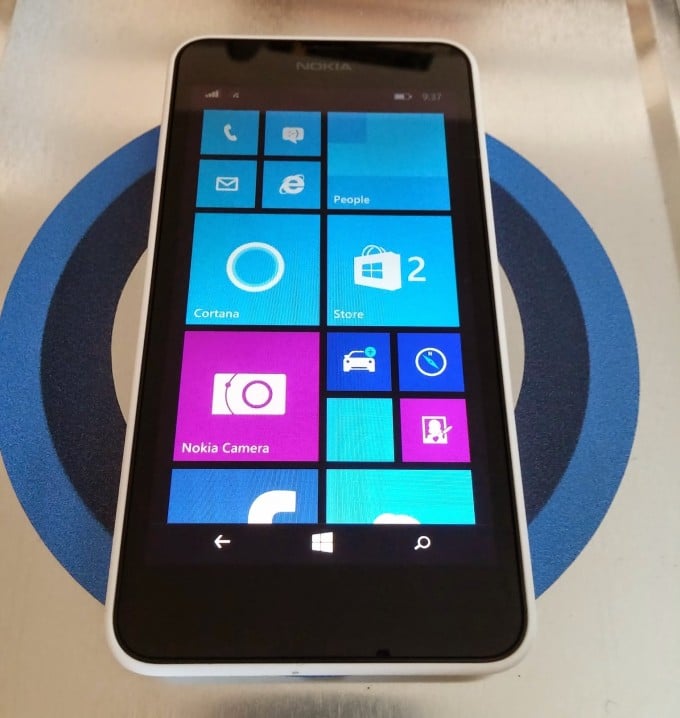 Design wise, the Lumia 635 is pretty..well, pretty. It’s not flashy or blinged out, but it’s not boring either. It rocks a plastic back which can be removed, allowing access to the SIM card tray, removable battery and a microSD card slot. The plastic back wraps all the way around the device, protecting the sides from dings and scratches. The rear-facing camera sits in the middle of the top of the handset, with a small hole in the bottom left hand corner for the speaker. A microUSB charging/data port is situated on the bottom and a headphone jack on the top. The right side of the 635 is where you’ll find a volume rocker and power button below that. This clean, minimalist design adds to the simplicity of the device, both in looks and operation. 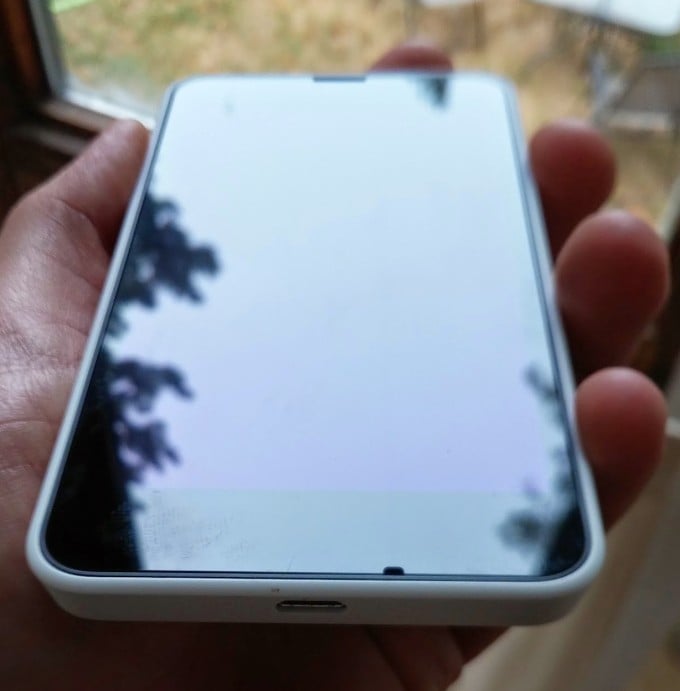 The Lumia 635 touts a Snapdragon 400 processor clocked at 1.2GHz, 512MB of RAM and 8GB of onboard memory which is expandable up to 128GB via microSD card. A 5MP camera resides on the backside of the svelte handset which can capture videos in 720p. You won’t find a front-facing selfie snapping camera on the Lumia 635, which could be a deal breaker for some. A 1830mAh battery powers the Lumia 635, giving ample battery life throughout the day. The 635’s IPS LCD touchscreen isn’t super striking, but it’s not unsightly either. A layer of Corning Gorilla Glass is layered over the screen, giving the Cortana touting device an extra layer of protection from dings and scrapes. 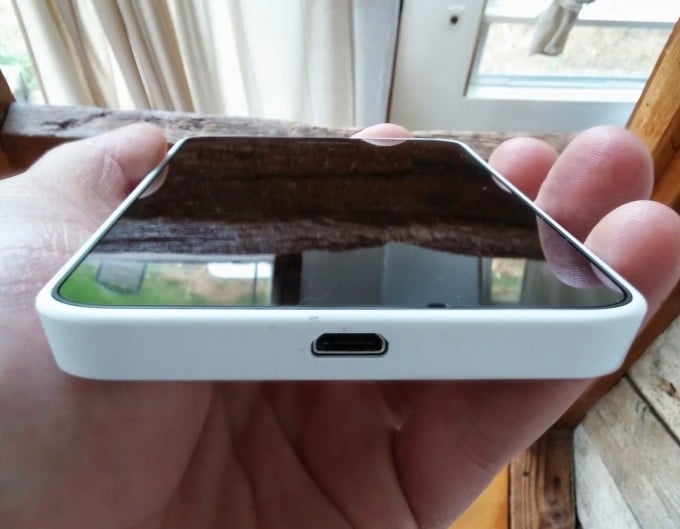 With a spec sheet so obviously underwhelming, you’d expect the 635 to be buggy, laggy and hard to use. Thanks to Windows Phone 8.1 though, you’ll forget that the 635 is only packing 512MB of RAM. Cortana runs surprisingly smoothly, only pausing briefly to retrieve the information you’ve requested. On top of that, Cortana will automatically suggest important information for you without any instruction at all, much like the way Google Now functions. After using Cortana heavily for the duration of this review, I can comfortably say that Microsoft actually has something here. Cortana is forcing the Windows Phone ecosystem to grow up. And it’s about damn time. 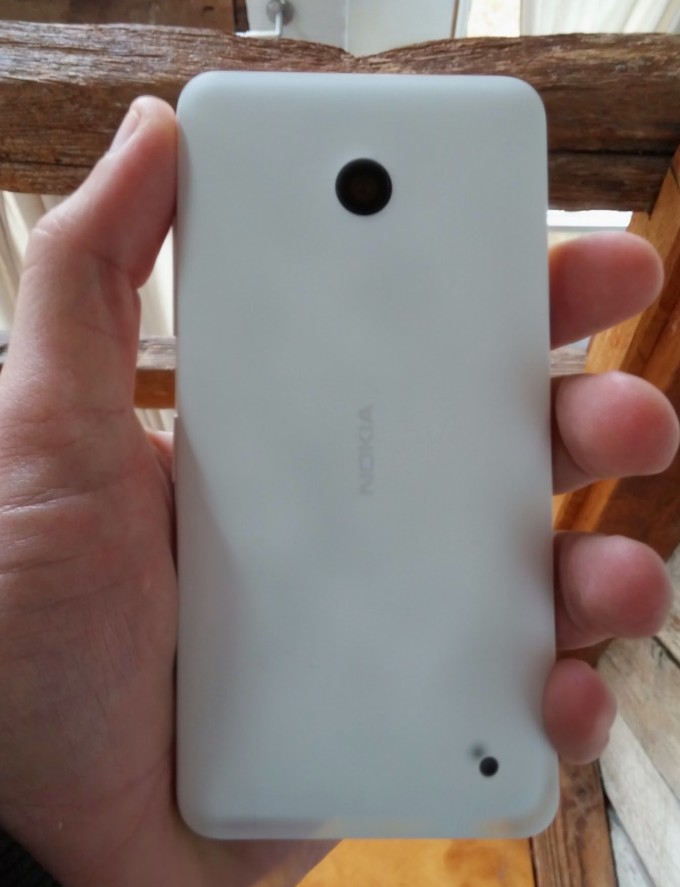 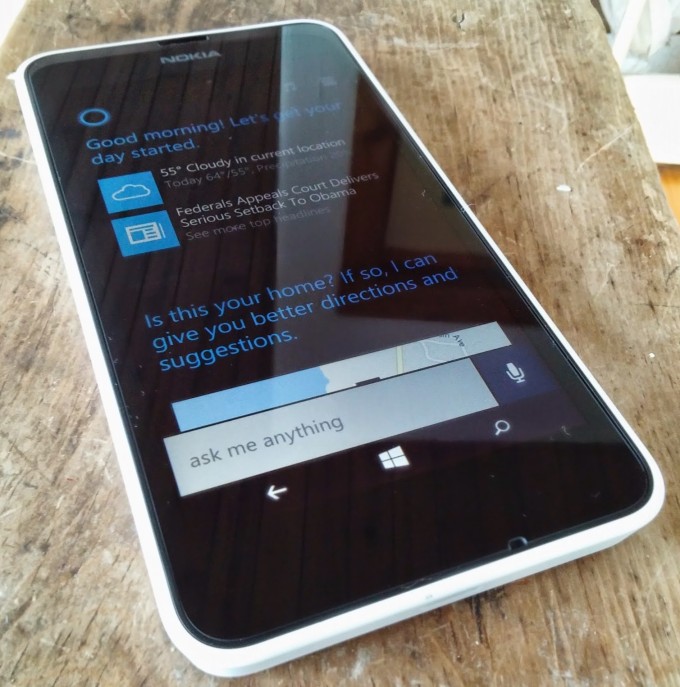 Overall, the Lumia 635 is a decent device which does provide tons of bang for the buck. If you have yet to jump into the smartphone game and want a simple, attractive device that just works, check out the Lumia 635.

The Lumia 635 is available for use on AT&T, MetroPCS, and T-Mobile.

HTC One (M8) For Windows is Officially A Thing, And You Can Grab it From Verizon

One of the weirdest rumors ever has become reality; the HTC One M8 with Windows Phone 8.1 is now officially a...