The upcoming, HTC-made Nexus 9 has been caught at the AnTuTu benchmark site, and from what we can tell it will be a blast. Specs include the super-fast 64-bit NVIDIA Tegra K1 chip that is faster than the one Xioami’s MiPad boasts. This feat alone helped the Nexus 9 hit the impressive 45,923 mark in the popular benchmark.

Another thing that we get to learn from AnTuTu is the fact that this tablet will come with built-in LTE connectivity, or at least one of the models will have that capability; we expect a Wi-Fi version, as well.

Nexus 9’s rumored specs include an 8.9-inch screen with 2048×1440 pixels resolution, 16 or 32 GB of internal memory, 8-megapixel rear camera, and built-in stereo speakers. All this may come in a premium lookin’ aluminum body, justifying the steep — and unusual for the Nexus device — price tag. 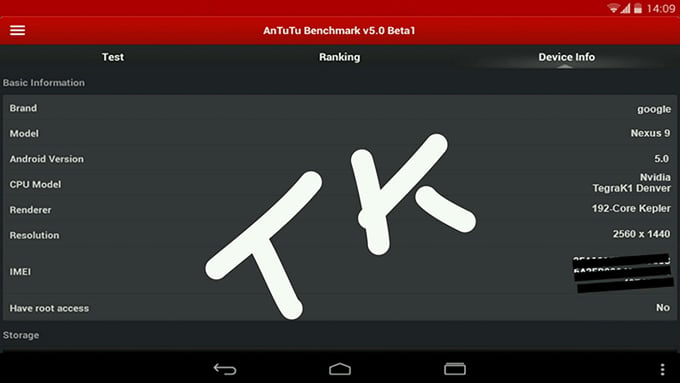 AirStand is probably the sexiest tablet stand, ever

So, you're looking for a stand for your tablet? Look no further - the AirStand is the product you've been...