The other day we’ve told you that Samsung is working on the entire Alpha series of devices of which the Galaxy Alpha was just a first member.

One of these devices, marked as SM-A500, has been leaked and brought to our attention by the good folks of SamMobile.

This is a mid-range product, one that’s not as powerful as the Galaxy Alpha (nor Galaxy S5, for that matter), but should offer a premium look and feel.

Alas, it’s not the metal body the Galaxy A5 has; according to one of the folks who managed to touch this device, it “feels cold in the hand” but that doesn’t mean much. Perhaps the Korean company managed to use some fancy alloy to get that “feel in hand,” perhaps it’s just some kind of plastic.

Specs wise, it is said that the A5 comes with a 5-inch HD Super AMOLED display (1280 x 720 pixels), Qualcomm Snapdragon 400 processor, 13-megapixel rear and 5-megapixel front cameras, and a 2,330 mAh battery. In the software department, users will get the latest version of TouchWIZ, which debuted with the new Galaxy Note 4.

It’s still unclear when will Samsung officially announce the Galaxy A5; in the meantime, here are few of those leaked photos. Check ’em out. 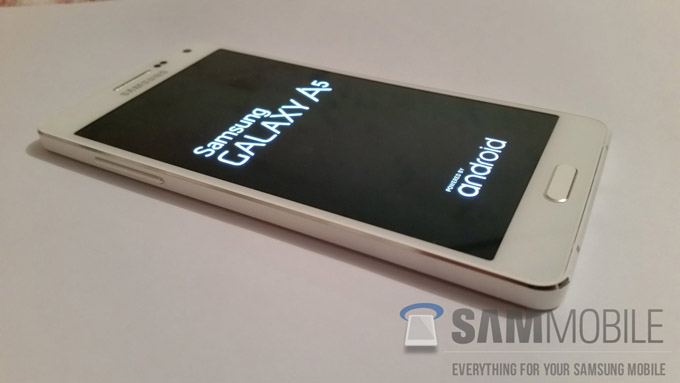 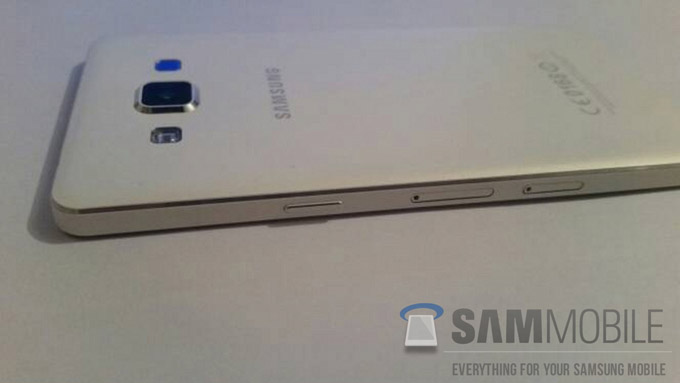 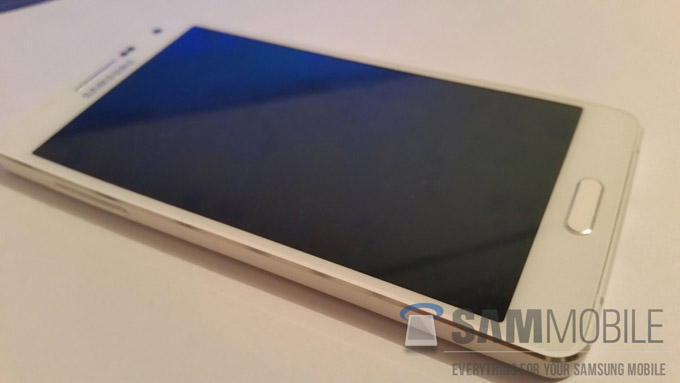 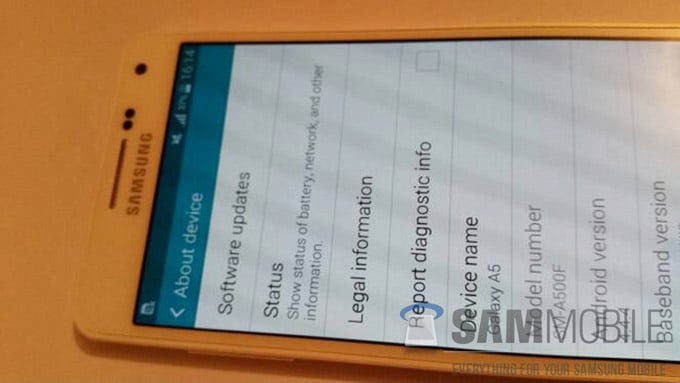 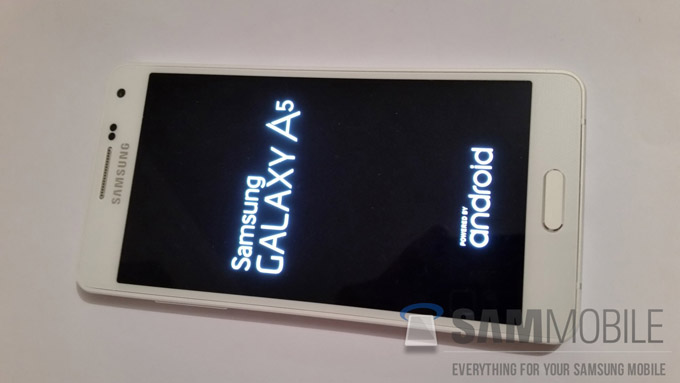