What you can see here is the upcoming Tommy smart watch which will sell for record-breaking $74.99. It’s not as fancy as the LG G Watch R, Moto 360 or Asus ZenWatch, but it costs less money, while delivering all of the same notifications and capabilities to one’s wrist.

What’s more, we’re talking about a water-proof device (up to 5m) with a battery life of 21 days. There’s a caveat here though – Tommy doesn’t have a fancy screen, but hey, something’s gotta give.

The company behind the watch promises custom watch faces and few of their own apps, that should further enhance Tommy’s usefulness.

The Tommy will come in black and red, with white version coming at a later date. It’s unclear whether this smart watch will be available all around the world, or only in select markets like China. Nevertheless, we’re happy to see the prices going south, allowing more users to join what we would call the “wrist revolution.” 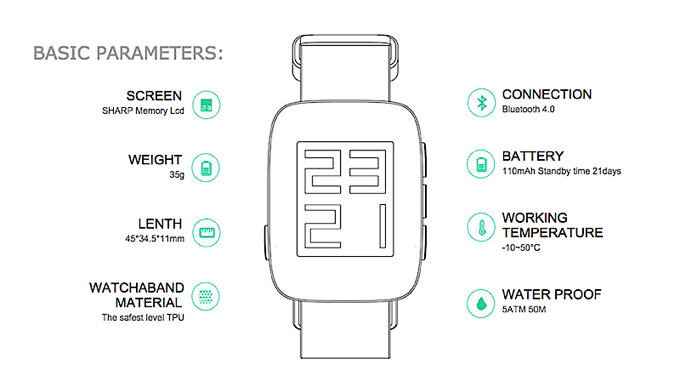