European soccer fans residing in the U.K. can now ask Cortana for updates on their favorite football (soccer for you Yanks) teams and games. While Cortana isn’t officially available outside of the U.S. and the U.K., there is a way to enable Cortana if you reside outside of those areas. Cortana provides updates for teams from France, Germany, Spain, the U.K. and Italy. This feature is location-based by the way, so if you’re in the U.S. you won’t be able to use Cortana’s sporty new feature. 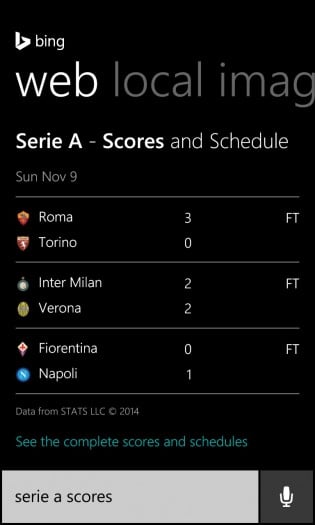 Microsoft hasn’t said when Cortana will make its way to the rest of Europe, but rumors point to a release by the end of the year.

HTC One M8 for Windows Now Available From T-Mobile

T-Mobile is now carrying the HTC One M8 for Windows Phone priced at $585.60 outright. If payments are more of your...