CES 2015 is just around the corner, and Samsung has just announced the company’s big press conference set for Monday, January 5th at 2:00PM PST in Las Vegas. There will also be a keynote address later that evening at 6:30PM PST with Samsung CEO and President B K Yoon. There will be live video coverage of both events.

So, what’s Samsung going to announce in January? So far we’re guessing that Samsung will use this opportunity to unveil the next generation of the Galaxy smartphone line, which should include the Galaxy S6, Galaxy S6 mini and the Galaxy S6 Zoom. We could also see a new mid-range lineup called the E-Range at the event.

Check Out: 7 Things to Know About the Upcoming Samsung Galaxy S6

Stay tuned for all of our CES coverage beginning in January. 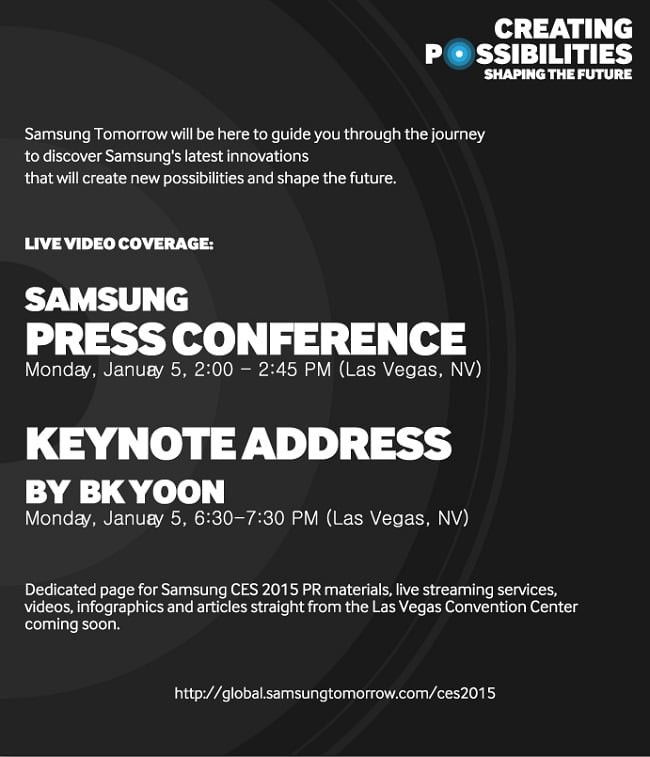 After a bit of a delay, Android Lollipop is finally beginning its rollout to Google Play Edition HTC One M7...