LG is back with the follow-up to the Lucid that debuted around the same last year on Verizon Wireless. The aptly named Lucid 2 ships with updated innards and a new design. While the handset is firmly in the mid-range device category, it’s hardly something to dismiss if you’re a new smartphone user.

Coming in at the lovely price of free, the Lucid 2 will certainly turn heads of those looking for a capable smartphone that’s not not overloaded on unneeded features and simple and to the point. But is that enough? In this review, we’ll see if LG’s mid-range monster can clean the slate and be the one go-to handset in its category for Verizon. 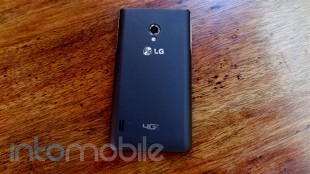 The LG Lucid 2 has a lot of things going for it. Just because it's a lower-end devices doesn't automatically make it a bad phone. It's spec list has been updated, though many remain the same, and its design has also received an overhaul.

As you'd expect from just about any smartphone today, the Lucid 2's face is mostly taken up by the 4.3 inch qHD AH-IPS display. This is a minor improvement over the original Lucid's WVGA display, but it's an improvement nonetheless. Above the display, you'll find a set of Verizon and LG logos, as well as the ear piece, sensors (proximity and ambient light), blue notification LED, and front-facing camera. Below the display, you'll find a set of 4 capacitive buttons for navigation. While we're pretty tired of seeing capacitive buttons on Android phone since you no longer need them, LG was a bit clever in its implementation on the Lucid 2. The capacitive buttons look exactly like the soft key buttons on the Nexus 4, or stock Android.

The sides of the device are pretty bare bones, and we like it like that. The left side houses the volume rocker, with the right housing the power/lock button. The bottom of the device shares the micro USB port with the microphone, and the top portion has the 3.5mm headphone jack, along with a noise-cancelling microphone. There's also some cool design elements going on on the sides of the device, with swooping silver accents -- a nod to its predecessor.

The backside of the side is streamlined and simple. Straight down the middle, you'll find the 5 megapixel camera, LED Flash, LG's logo, and the 4G LTE logo down below. Off to the side is where you'll find the speaker grill. The back of the device is textured, and we've seen similar implementations on other LG devices before.  The material feels rather sturdy and won't pick up fingerprints. Removing the back of the device will reveals the micro SIM card slot, micro SD card slot, and 2,460 battery.

Internally, the Lucid 2 has seen a few spec bumps. You'll still find a 1.2Ghz dual-core CPU running the show, but it's now a Qualcomm Krait-based chipset. You'll  also be treated to 1GB of RAM and 8GB of internal storage that can be expanded via the micro SD card slot. 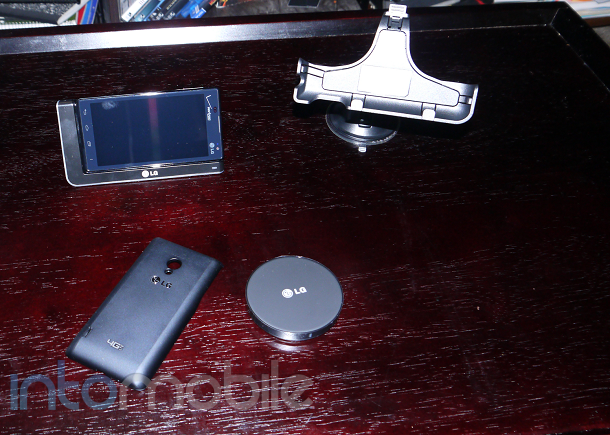 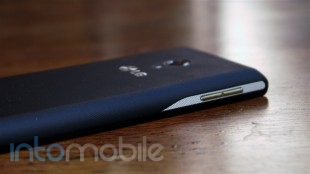 Looking at the Lucid2 head on, it appears to be a rather plain device. Same goes for the back. That's just fine with us, though, as LG has always gone for a very clean look with its devices. However, the sides of the Lucid 2 give the design a little pop of personality. The top of the sides have metal accents that encase both the volume rocker and power/lock button. The accents taper off a little less than half way down the devices. It's actually pretty interesting to see something so subtle make such a difference. I really like what LG did here.

The edges of the device are curved towards the back, but then flatten out. Not only does this make the already comfortable 4.3 inch display sit nicely in the hand, but the device will also sit flat onto a desk.

The Lucid2 is a simple phone with a simple design, and we like that a lot. 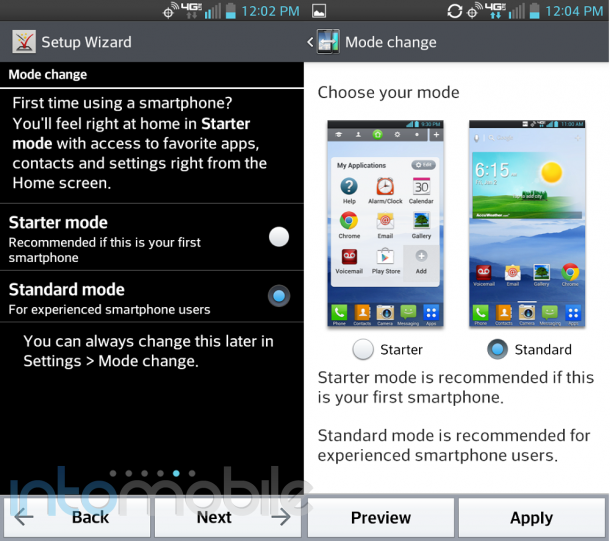 The LG Lucid2 ships with one of the latest versions of the Android operating system, 4.1.2 Jelly Bean. This means that users will be able to take advantage of some of the best features Android offers today, like Google Now, expandable notifications, and much more. Android Jelly Bean also comes with Project Butter, making the experience smooth across the board.

The Lucid2 offers up a unique software experience for new and advanced users, effectively making this a smartphone for anyone. Upon initial setup, you'll be asked if you'd like to start the device in Starter or Standard mode. The modes offer up pretty much what you'd expect. Starter mode offers up a super simplified version of LG's Optimus UI, and shows helpful tips along the way for just about everything. It really takes the smart out of the smartphone, but that's a good thing if it's the first time you've ever picked one up. 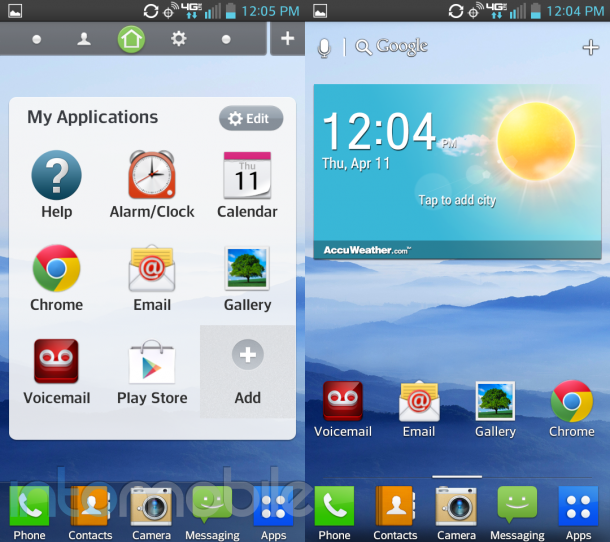 Once you've graduated from Starter mode, you can easily switch to Standard mode within the settings. This gives you the full software experience from LG if you want it, but some may become comfortable with the Starter mode and never leave it. If you do end up switching to one mode and choose to go back, all of your customized settings will remain where you put them.

The world has been rather spoiled when it comes to camera experiences on smartphones, but sometimes a quick shot of whatever you're taking a photo of doesn't necessarily need a 13 megapixel shooter. The Lucid 2 keeps it simple and sports a 5 megapixel shooter with LED flash. Don't expect HTC One quality photos, but do expect a decent camera that can do its duties just fine.

Photos on the Lucid 2's are a bit hit and miss, but with the right lighting conditions, you likely won't be disappointed in the results. While you probably won't be blowing up and printing photos from any five megapixel these days, the shooter on the Lucid 2 will give you some nice shots for sharing on Facebook, Twitter, MMS, etc. 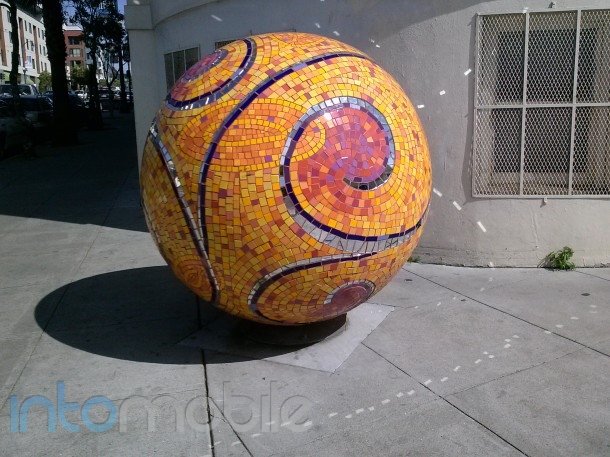 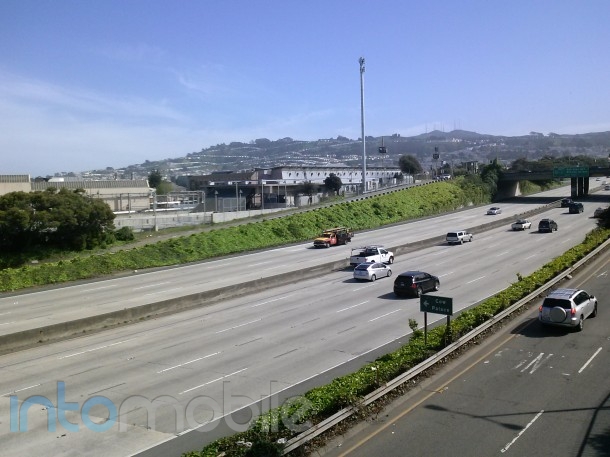 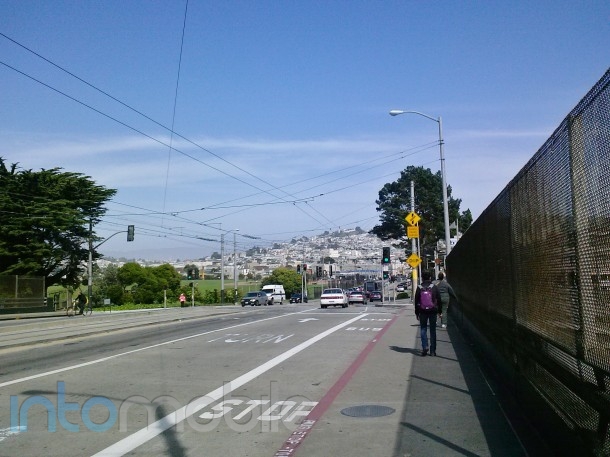 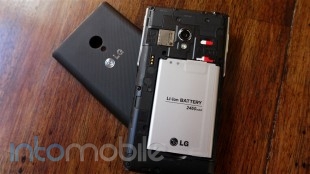 Call quality on the Lucid2 was pretty exceptional. There's little to complain about and calls came through loud and clear.

Battery life was also pretty decent on the Lucid 2 as well, and that's thanks to the bigger battery LG threw put into this version. The extra 760 mAh does make a difference from the original, even if it does have a larger, higher resolution display, which can be the biggest battery drainers for any smartphone.

You should be able to easily get through a full day with the Lucid2.

The LG Lucid 2 is a fine device for first time smartphone buyers and those that just want something that does what it needs to without an overwhelming feature set. This isn't to say that the device doesn't carry a hefty amount of features within it, but the Starter mode UI keeps everything simple, which is a well thought out strategy.

Sure, this may not be the LG Optimus G or Optimus G Pro, but the Lucid 2 certainly isn't try to be a flagship device. It's aimed a specific market and it's a great smartphone for that market. Complaining that a mid-range device isn't a high-end smartphone is like sitting in a VW Bug and complaining that it's not a Lexus. It doesn't make sense. That's why the Lucid 2 is a great phone for what it is and what market it's aimed at.

If you're finally looking to put that clam shell away and upgrade to a smartphone for the first time, or if you just want a simple no BS smartphone, be sure to look at the LG Lucid 2.