At first glance, the Moto E looks like a rather unremarkable phone. Burdened by a low-end spec sheet and a tiny 4.3 inch display, the Moto E seems to have everything stacked against it. But after holding the Moto E in the hand and firing it up, you’ll find that there’ more than meets the eye when it comes to Motorola’s little device. Motorola hasn’t just delivered a budget Android device, the company has re-invented the budget Android smartphone, and they’ve done it just in time. Motorola’s putting all of its eggs in the emerging markets basket, which is already bringing the company some success. Motorola has already made a splash with another mid-range offering the Moto G in such markets, and the Moto E looks poised to do the same.

While it’s not as sleek as the GS5 or the LG G3, the Moto E will impress even power Android users with its bright screen and simple design. With a $129 price point, swappable back shells, Android 4.4.2 and a lack of bloatware, the Moto E delivers a near stock Android experience that will make even HTC One M8 and LG G2 owners take a second look. The Moto E is a true case study of just what Android 4.4 KitKat can do with a low-end device.

Ready for some more Moto E action? Read on below! 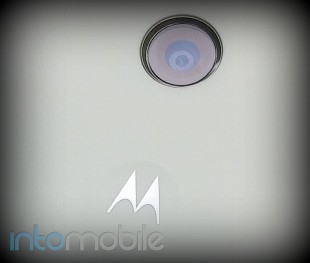 On paper, the Moto E looks like a shabby device. In the age of quad and even octa-core processors, the Moto E rocks a dual-core Snapdragon 200 clocked at 1.2GHz, and a Adreno 302 single-core GPU. You’d expect this device to crawl through apps, but it doesn’t. Thanks to Android 4.4.2 KitKat, the Moto E is snappy and responsive when it comes to swiping through homescreens, listening to music and posting selfies* on Instagram. But for basic everyday use, the Moto E delivers the goods. Motorola didn't add a ton of bloatware to the device either, which surely helps out in the performance department. The 5MP rear-facing camera is nothing to speak of really, but gets the job done. The camera interface is intuitive and easy to use, and provides a comprehensive list of options such as being able to snap a picture with just a tap of the finger. Swiping up or down adjusts the camera's zoom, and a simple swipe to the right brings up camera options such as HDR and panorama mode. 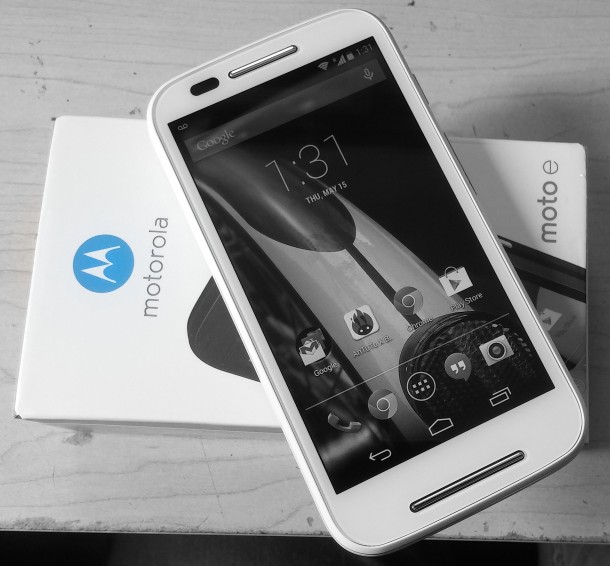 *Don’t expect to snap any sweet selfies on the Moto E, though – there’s no front facing camera to be found. You'll have to use the rear-facing camera for that.

The Moto E comes up a little short when it comes to internal storage, offering only 4GB. Luckily Motorola added a microSD card to the device, allowing memory to be expanded up to 32GB. 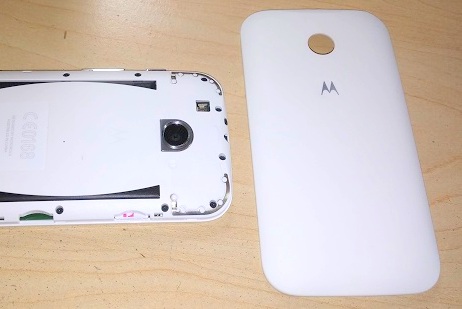 The first thing one notices about the Moto E is the device’s design. Borrowing heavily from the Moto G, the Moto E has a Gorilla Glass 3 coated 4.3 inch 540 x 960 qHD display, a power button and volume rocker on the right hand side and no physical buttons. The speaker resides on the front of the unit. Charging port can be found on the bottom of the Moto E, while the headphone jack sits in the dead center of the top.

The Moto E has just enough weight to it to sit comfortably in the hand, and a form factor small enough to jam in the pocket of even the skinniest of jeans. 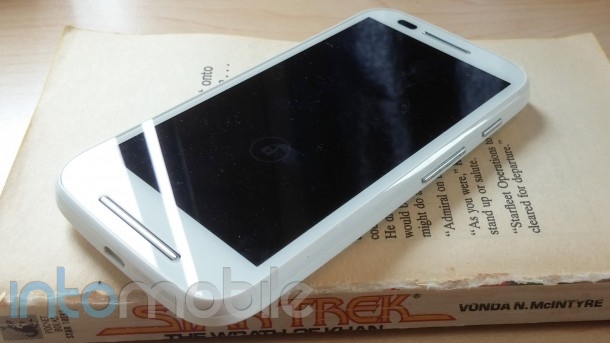 All around, the Moto E’s design is simple and unobtrusive. The back lacks carrier branding, delivering instead a clean Motorola logo surrounded in a sea of white. Not a huge touch, but it helps the budget device feel like a premium one. The back panel’s slight curve makes the Moto E fit perfectly in the hand. The device comes in two colors: white, as pictured, and black. Back panels can be swapped out for more colorful ones if so desired, just like the Moto G and Moto X. 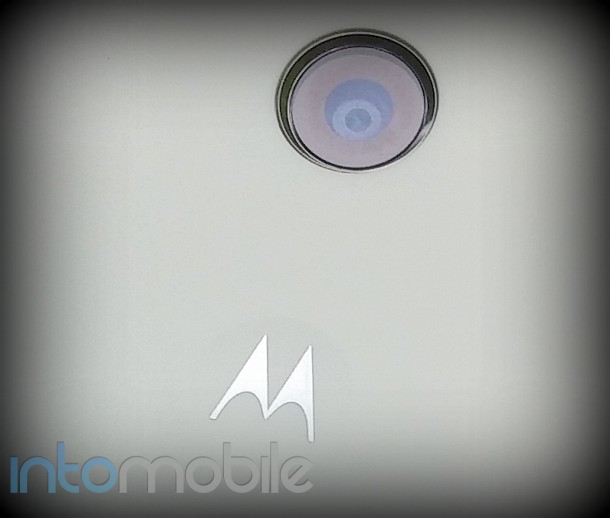 Motorola kept the amount of additional software on the Moto E to a minimum, which ends up delivering an almost stock Android experience. This helps out the overall performance of the Moto E, allowing its modest processor to focus on software that matters. Most mid and entry level devices ship with manufacturer software that may work well on a flagship device, but end up hurting performance on smartphones with low-end spec sheets.

The Moto E includes an FM radio and a TV Tuner in select markets. Motorola's Migrate app is on board to help new users easily transfer data from an older device to the Moto E. Google Voice Search voice actions are accessible as well as full access to the Google Play Store. Motorola Assist allows users to fly through their day without worrying about annoying interruptions. Assist allows users to set notification profiles which will limit the Moto E's audible notifications while at a meeting, asleep or just enjoying a day at the beach.

Simply put, the Moto E is the best budget smartphone around. At only $129 off-contact, the Moto E is the perfect device for a first-time smartphone owner, those on a budget or as an emergency backup. Where most budget Android devices come riddled with performance hindering software and outdated versions of Android, the Moto E keeps it clean with the latest version of Android, KitKat. While the Moto E might not be the best gaming device, the Snapdragon 200 processor whizzes through basic everyday tasks such as e-mail, web browsing, watching YouTube videos and sending text messages. The battery will get you through your day without a charge, and the Gorilla Glass 3 coated screen gives the device an added layer of protection.

If you're in the market for a new Android device but don't want to bankrupt yourself, give the Moto E a go. You just may like it. 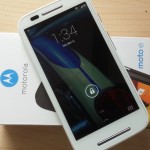 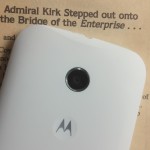 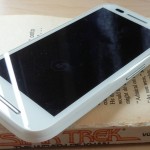 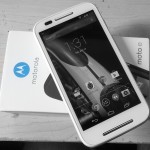 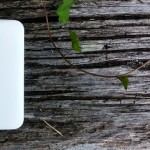 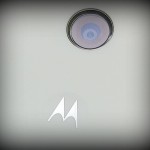 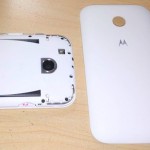