There’s no denying the allure of the Moto X. It’s a sleek device that has a decent spec list, and if you’re on AT&T, you’ll get a chance to design the handset yourself. The Moto X is the first handset that has Google written all over it from Motorola, and while the spec sheet doesn’t really beat out any of 2013’s high-end devices we’ve seen before, it’s a device that should get most people where they need to go.

All that said, the Moto X ships at the same price as other, more powerful devices on the market. In this review, we’ll put the Moto X to the test and see if the hype is worth all of the fuss it’s made.

The Moto X is an ultra sleek handset that feels even better in the hand than it looks. When the Moto X is in your hand, it's almost surprising to believe that you're wielding a 4.7 inch display, as it provides a firm grip.

The Moto X ships with a 4.7 inch 720p HD AMOLED Display, showing that this handset is going for the value play. With a ton of Android handsets shipping with 1080p HD panels, the spec junkies out there may not be terribly impressed with the screen on the Moto X, but we'd say the majority of people will be just fine with it. Make no mistake, the panel on the Moto X isn't going to be as crisp as the likes of the HTC One's Super LCD 3 display or the G2's IPS+ display, but it will certainly get you where you need to go with little fuss.

The face of the Moto X is essentially all screen, as most smartphones today, but you won't find a logo or anything that's non-essential on the front. Above the display is where you'll find the ear piece (Notification LED is built right into the ear piece), front-facing camera and standard assortment of sensors (proximity and ambient light). Below the display houses only the microphone for calls. The result is a very clean front side of the device.

The Moto X's sides are just as clean as the face. The left side houses only the nano SIM card tray, the bottom gives home to the micro USB charging port, and the top houses the 3.5mm headphone jack. The right side of the Moto X has the volume rocker and power/lock button right on top of one another. It's not our favorite implementation, as this set up makes taking screenshots  (volume down and power) less of a breeze, as it's not much of a one-handed operation any longer. 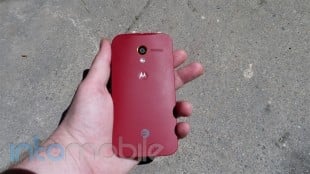 The rear side of the Moto X is the most busy, but it's all streamlined. Here you'll find the 10 megapixel Clearpixel camera, LED flash, Motorola Logo, and carrier (AT&T) logo all right down the middle. You'll also find the loudspeaker and another microphone for video recording here.

Moto Maker was used to design this custom Moto X, which is currently an AT&T exclusive. You can choose the color of the front (black or white), the color of the back, accent colors, and even throw on a custom engraving. The model we designed shipped with a black front, crimson rear, and metallic orange accents, with no engraving. The color representation on Moto Maker was a bit off, and that may likely be due to the display it was designed on. Computerworld's Barbara Krasnoff highlights just  this in detail here. The crimson backing of the Moto X was quite a bit brighter than anticipated, making the metallic orange accent pieces surrounding the camera's lens, volume rocker and power/lock button pop much less than expected. Still, it's hard to complain about something like this, as people haven't ever really gotten a chance to choose the colors of their phones in this fashion before. 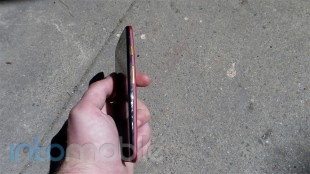 The design of the Moto X is clean and simple, all while being sleek and sexy. The design of the handset is very subtle, with rounded edges throughout, which makes the Moto X very easy on the eyes. If you get the chance to customize your Moto X's color scheme (again, AT&T only right now), the sides have a nice two-tone look. The front and the back panels meet on the sides of the device and give the impression that the Moto X is actually curved - a nice trick for the eyes.

Overall, the design of the Moto X, like we mentioned before, is simple and to the point. It's certainly not going to beat out devices like the HTC One or Xperia Z in terms of sexiness, but it's still a design that will likely be appealing to many people. 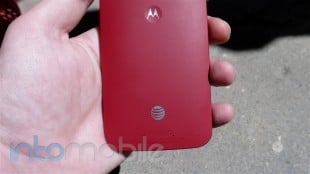 The Moto X, along with the latest Droid lineup, ship with the new Motorola X8 Mobile Computing system, which consists of a 1.7GHz dual-core Qualcomm Snapdragon S4 Pro, quad-core Adreno 320 GPU, natural language processor, and contextual computing processor. This gives the Moto X a boost in performance, depending on the tasks, and the addition of 2GB of RAM doesn't hurt, either.

While the Qualcomm Snapdragon S4 Pro is hardly anything new, the overall performance of the Moto X is pretty stellar. Google has certainly set out to kill the spec myth that more is better, and it looks to have done just that with the Moto X.

The Moto X ships with a fairly stock Android experience, but customers can expect to find carrier bloatware throughout. Moreover, the handset ships with a few nifty tricks that we haven't really seen anywhere else before, and certainly not on a Nexus device.

From flicking your wrist to launch the camera application to the new Touchless Control features, the Moto X's tricks are actually pretty helpful, but could come off as gimmicky to some. 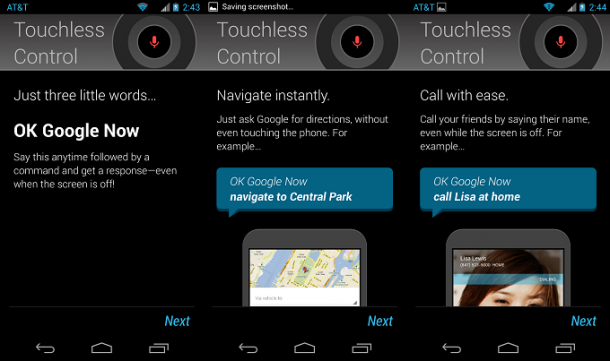 The new Touchless Control feature allows the owner of the device to simply say "OK, Google Now" to launch a voice search. The feature also allows the user to set an alarm, and every other feature you could imagine with Google's Voice Search. Unlike the existing Google Voice Search/Google Now application, the Moto X has a setup process that learns your voice when you first launch it, and it's pretty darn good, too. This always-on voice recognition feature may seem gimmicky, but there will likely be quite a few times that it will come in handy.

Though the voice control functions are cut from the same digital cloth of Google Now/Voice Search, we did run into trouble when asking the Moto X simple questions that the Voice Search application on a Galaxy S 4 was able to get right. In our testing, asking Google Now on the Galaxy S4 "find the closest coffee shops around me" gave me a long list of coffee shops within a few blocks of my location. Asking the Moto X the same question, I received locations much farther away. Going a little further into the testing, both the Nexus 4 and HTC One Google Edition produced the same (correct) results that the Galaxy S 4 produced.

I also asked for the closest book stores around me, with the GS4, HTC One, Nexus 4 all producing the same, localized results, and the Moto X giving me results for all of San Francisco, yet again. 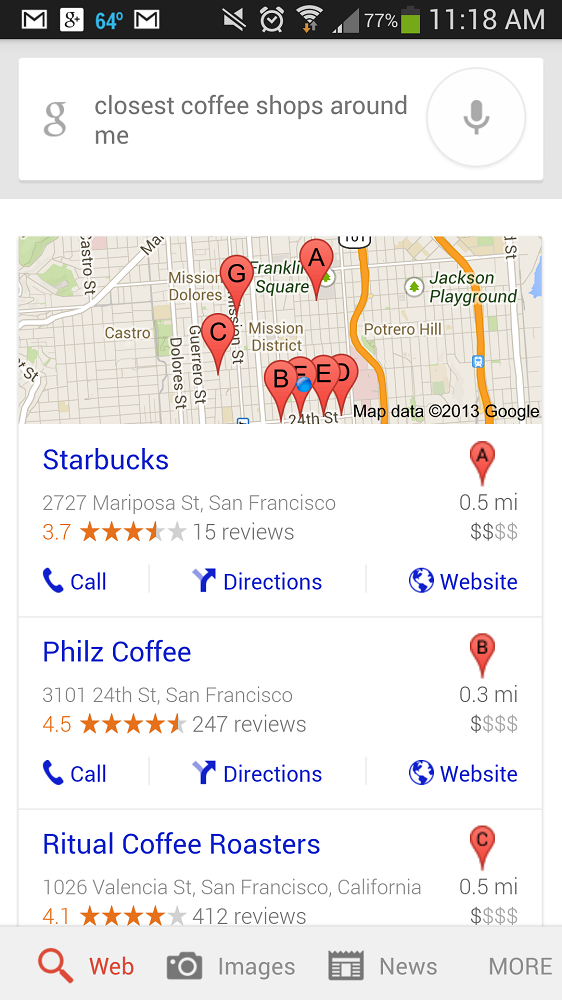 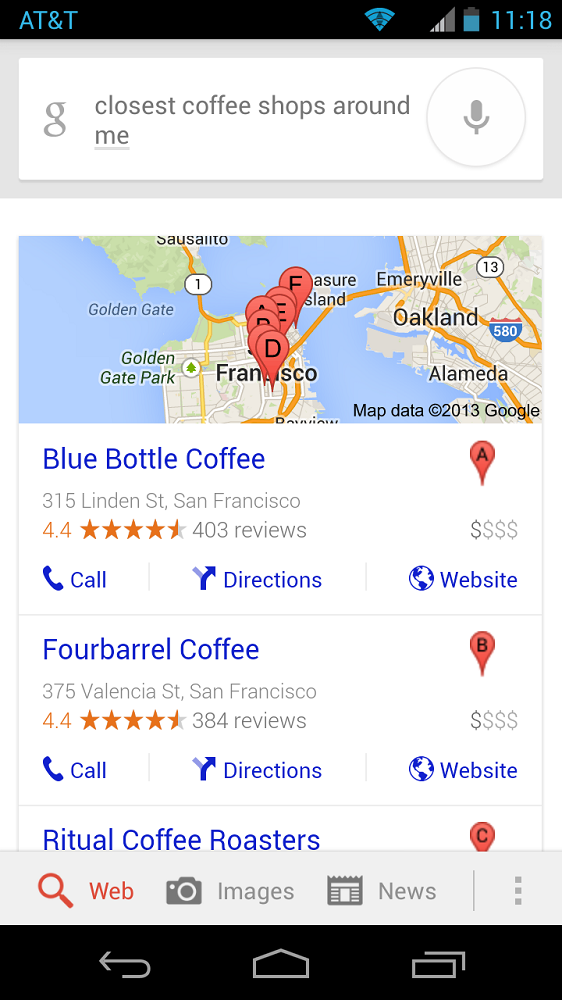 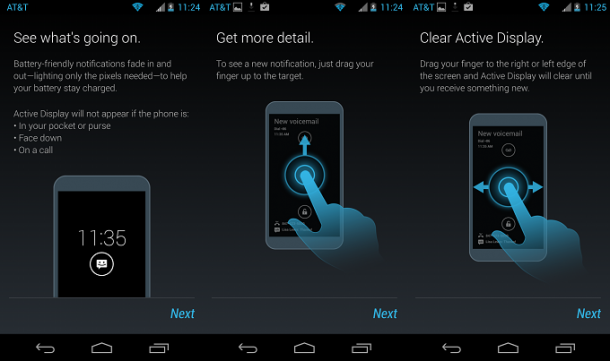 Active Notifications is a feature that allows the users to get information on their phone without having to touch it at all. A small portion of the display is activated when the phone is locked, allowing you to view missed calls, texts, and more. From there, you can dive into the notifications with a simple swipe, saving you time and allowing you to get back to what you were doing.

Quick Capture may be the most gimmicky feature for the Moto X, but it can certainly be handy in some situations. The feature allows the user to launch the camera by a wrist gesture, even if the phone is locked. It takes some getting used to in the beginning, and we're still not sure if this will become the primary method of accessing the Moto X's camera, but it's a welcomed and pretty cool feature to have around.

The Moto X ships with a 10 megapixel ClearPixel camera that's capable of taking some great shots. The camera is able to absorb much more light that your standard smartphone camera thanks to the ClearPixel tech inside.

The camera software is quite different than what many Android users are probably used to. There's no on-screen shutter button to snap a photo, nor is there a dedicated hardware button on the device. No, to take a photo, all the user needs to do it tap the screen. The Moto X does the rest for you. While the feature itself is nifty in its own right, not all of the photos are going to showcase what this camera can do. Taking quick photos likely won't yield the desired results, but allowing the camera to focus a second time will. Holding down on the screen when in the camera application will take multiple photos until you lift your finger (burst mode).

HDR mode is enabled by default, and as you can see below, the camera produces some great photos. 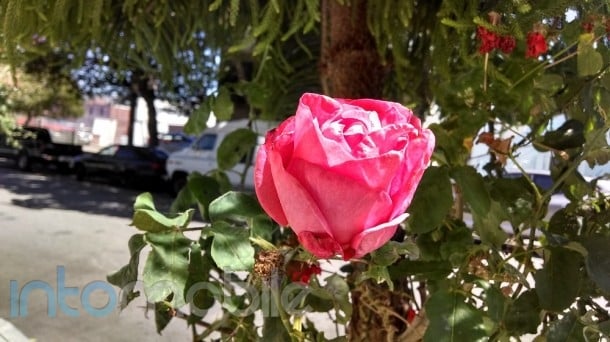 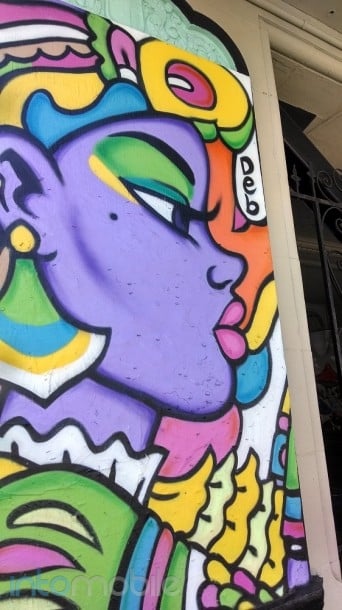 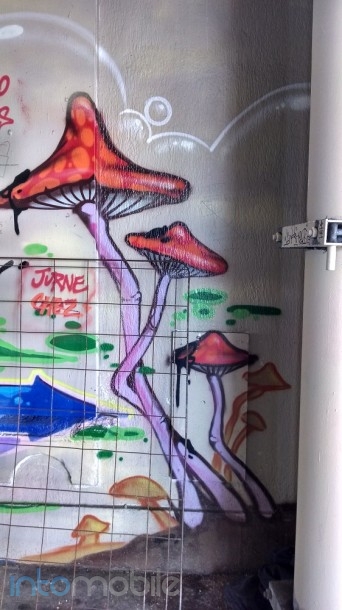 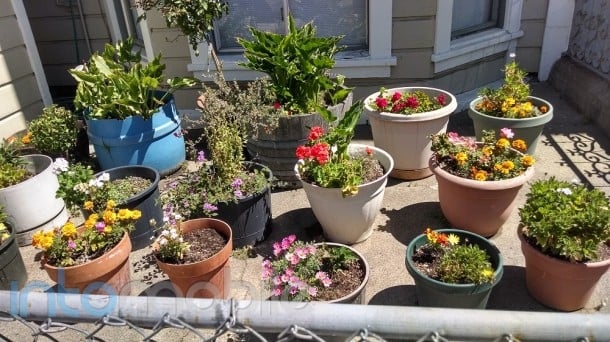 We had no issues whatsoever when on a call with the Moto X. Running on AT&T's network, calls came through loud and clear on both ends, with no interference. 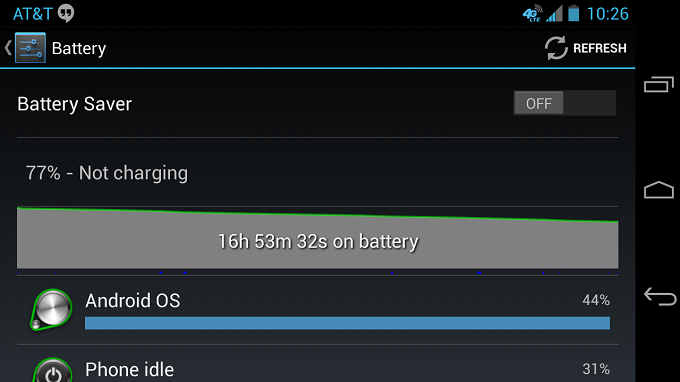 Battery life was most impressive on the Moto X. The handset can and will get you through a full day and have quite a bit of juice left in it for the evening and possibly into the next day. We'll definitely admit that the Moto X was mostly on standby when this screenshot was taken, but we've seen plenty of handsets that can demolish battery life in standby mode. 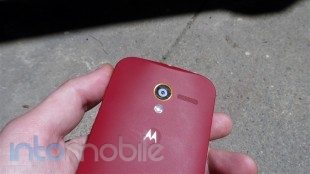 There's no doubt that the Moto X is a solid handset that offers great performance, great battery life, and great new features all wrapped up in a sleek packaged. It gets even better with Moto Maker, allowing you to customize the handset's colors. However, there are some important factors to consider if you're looking into the value of the Moto X compared to its competition.

The Moto X ships at the same price as many other, more powerful Android handsets around. The HTC One, Galaxy S4 and Xperia Z all out-spec the Moto X  in some areas with either the same or similar price points. All three of the aforementioned handsets feature faster processors and 1080p displays, making the Moto X look a bit less drool-worthy. While this doesn't mean that the Moto X isn't right for you, as it might have everything you're looking for, there are other handsets that could potentionally provide more bang for your buck.

Of course, this was Google's plan. Do you need a 1080p display on your smartphone? Probably not. The jump from 720p to 1080p is hardly as noticeable than something like WVGA or qHD to 720p, so the Moto X doesn't really falter in this respect. Still, for the same price you can grab a faster phone that may give you a little more life in the long run.

One more thing. Moto Maker needs to be available to all carriers at launch, and that isn't going to happen. Leaving out three of the four carriers with only two color options is pretty lame if you ask me. With Verizon's version of the Moto X landing at the end of this week, in only black and white, I'd say a big opportunity was missed here. The Moto X is an awesome device, but if you want to be able to customize it, you're going to have to wait if you're not on AT&T.

Despite my gripes with the Moto X, it's going to make a lot of people happy and shouldn't be ignored if you're looking to grab a new smartphone in the near future.