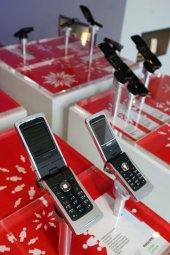 I’ve already talked about Nokia’s plan to open the stores in the US. Well, here it comes. Beginning on June 24th, Chicago’s world-famous ‘Magnificent Mile’ shopping district will be home to the first Nokia Flagship Store in the United States, the second to be opened in the world. Nokia said it will be designed to elevate the often humdrum task of buying a wireless device into the kind of pleasurable shopping experience normally associated with exclusive upscale boutiques.

Beside all the latest smartphones, Nokia Flagship Store will also be home to the first Vertu Lounge “store-in-a-store” in the United States.

It will be fancy as one can be (state-of-the-art interactive multimedia displays ware mentioned). They say nothing compares to Apple, but… Nokia certainly has the money to put on!