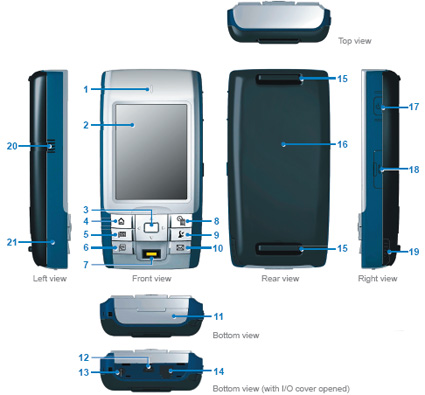 Well folks, it looks like the U.S. Census Bureau is finally getting high-tech for their 2010 census. With $600 million poured into the Field Data Collection Automation (FDCA) project, half a million (500,000) field enumerators will be getting hooked up with a HTC Census smartphone. Armed with an EVDO data-only Windows Mobile 5.0 Pocket PC, and integrated GPS, the enumerator’s job of collecting absentee census information will get nice and streamlined. As a high-tech plus, the built-in GPS unit also keeps the enumerator honest.

Back in 2000, I was actually a census enumerator. My job consisted of driving to households to gather the census information that they forgot or neglected to mail back. In my day, enumerators used paper forms to write in the information, and we often lied about mis-reported the number of hours we worked and the mileage that we racked up. I remember thinking that there had to be a better way to do this.

And here it is! The HTC Census just earned FCC approval and is planned to go live on Sprint’s CDMA network with EV-DO data. The Census runs an Intel Bulverde 416MHz CPU with a Sirf Star III GSC3LTi GPS chipset, and integrated fingerprint reader. The specs are pretty impressive, but without voice capability this thing is really just a glorified PDA, not a smartphone.

With the HTC Census’ GPS chip, Big Brother is gonna be putting the kibosh on mis-reporting and inaccurate data for the 2010 U.S. Census. It’s too bad that this batch of enumerators won’t be getting paid for any ‘extra’ hours or mileage.

Are you a T-mobile subscriber? Got a hankering for piece of that yummy Motorola K1 KRZR - the beautifully glossy...