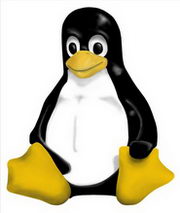 ABI Research’s new study suggests that mobile Linux is set to rule the world. According to the report, by 2012, more than 127 million devices will be enabled with a commercial Linux OS, up from 8.1 million in 2007. Additionally, device shipments that incorporate Linux as an RTOS replacement are set to grow to more than 76 million units in 2012, up from nearly zero in 2007.

The new report, “Mobile Linux: Bringing License-Free Operating Systems to Smartphones and Mid-Tier Devices,” found that the most fundamental issue that has plagued the growth of commercial Linux in this space – vertical and horizontal market fragmentation – has shown signs of being alleviated, both by growing collaboration between industry initiatives, and by the introduction of complete solutions such as the Trolltech-led GreenSuite, and ALP from ACCESS.

However, the report indicates that significant barriers still exist and must be addressed before Linux emerges as a true market power.

The phone IS you

There's an interesting article in The Sydney Morning Herald, that suggest how your choice of a mobile phone reveals a...