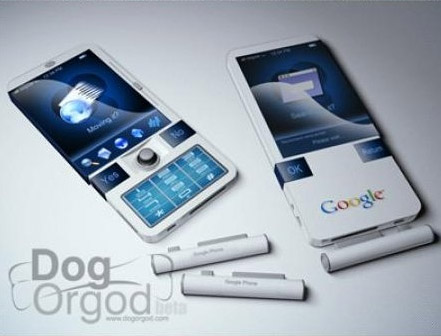 We got some more Google phone design concepts for you! Well, actually, they are more like design day-dreams – since we have confirmation that HTC will be manufacturing the Google Phone and that it will likely be marketed as an entry-level phone. Still, these designs are great to look at and has us dreaming of what could have been.

Check the link for pics…

[Update] The Google Phone (gPhone) has been announced! But it isn’t a “Google Phone” per se. Rather, the mythical gPhone has been announced as the Android-powered T-Mobile G1 smartphone made by HTC. The T-Mobile G1 is basically a variant of the HTC Dream that we’ve been talking about for some time now – it sports a 3G radio with the 1700Mhz 3G band that T-Mobile uses exclusively in the US.

The T-Mobile G1 features a huge touchscreen display that slides up to reveal a full QWERTY keyboard. Google’s web-apps like Google Maps is integrated into the Android OS with Google Maps’ Street View headlining the location-mapping side of the spec-sheet.

Hit up our @LINK6@ for more on the mythical Google Phone come to life! Find out more about the @LINK7@. 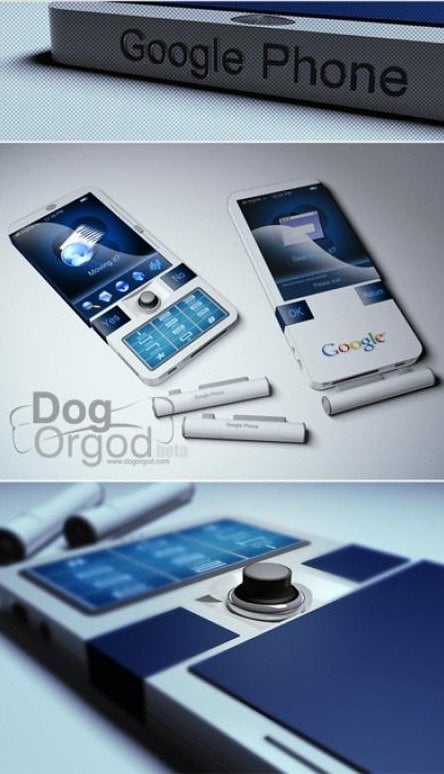