Our favorite little Windows Mobile ODM-turned smartphone manufacturing powerhouse has a major announcement in the pipeline for this June 5th. We’re not sure what the super-secret launch will be, but Smartphone Thoughts has it, on insider tips, that the new device from HTC will be based on the as-yet unannounced HTF Elf platform. Further speculation lends to the HTC Elf being endowed with the holiest of holy interface features these days – the multi-touch screen. An HTC Elf with multi-touch could indeed be an Apple iPhone “killer” as it will allow the same two-finger scrolling and zooming gestures while being released globally; while Apple’s iPhone will be limited to a single carrier, US launch. 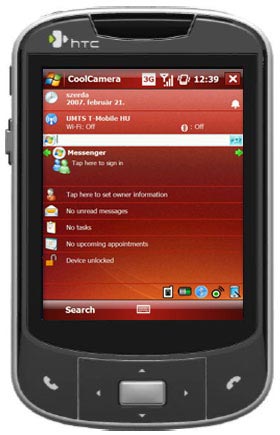 Keep you fingers crossed for some multi-touch action in the HTC Elf, come June 5!

AT&T and RIM releases the Curve

AT&T will be the first wireless carrier in North America to offer the BlackBerry Curve in wireless retail and business...