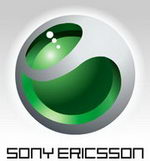 There’s a rumor on the street involving the Swedish-Japanese handset maker. According to Swedish magazine Mobile, Sony Ericsson will announce new phones on June 14. Apparently, the handset maker will announce its first 5 MP camera equipped handset (K850i?) and possibly the PSP phone. There were no official announcements nor comments from Sony Ericssion — leaving us enough space to speculate even more. Personally, I would like to see some “shaking phones“, M610i and W999i revealed. What’s on your wishlist? (via: bgr)

Verizon Wireless to get a new Chocolate, LG VX8550

Hmm more Chocolate. That's what Verizon is preparing for its customers. Apparently, these leaked photos present the next step in...