With June 29 rapidly approaching, iPhone fever is as strong as ever. Next thing to speculate about is the number of units available at launch. According to two sources, Apple and AT&T will make 3 million iPhones available initially. Naturally, Apple denied to comment, but we can safely bet that the two companies won’t play on the scarcity card. After all, people waited for almost five months for the iPhone and now they actually want to buy one. Interesting to add is that several analysts have predicted Apple will sell the same number of units but till the end of the year. (via: businessweek) 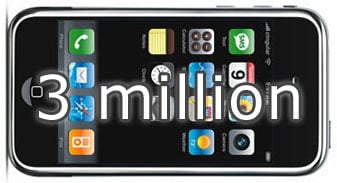 What's this? An iPhone-like Windows Mobile based smartphone... :) Thanks to a Microsoft press conference on the other side of...