Boy Genius Reports has a spy pic of the Apple iPhone out in the wild! It looks like some lucky son-of-a-gun got the chance to play with the iPhone – outside of Apple’s Cupertino campus! Apparently, Mark Trammell spotted this Apple employee playing with his genuine iPhone on the CalTrain from San Fransisco to Cupertino.

Now that‘s a good way to boost train commuter-ship! We’re almost ready to take a flight up to the Bay Area just to ride back and forth on the CalTrain in hopes of a real life glimpse of the iPhone! 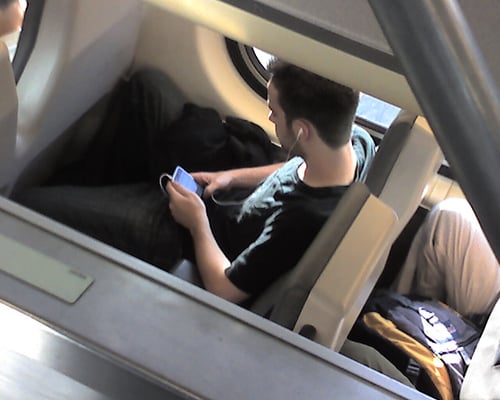 So it seems that Consumerist got their hands on some internal memos that outline which outlets will be receiving iPhone...