Vertu is finally updating their high-end mobile phone lineup with the new Vertu Ti. Vertu really got some longevity out of their Ascent model and it sure is about time for a refreshing boost to the Vertu product lineup. The new Vertu Ti just got the thumbs-up from the FCC, so we should be seeing an addition to the Ascent and Signature models in the near future.

With the Vertu Ti, you’re closer to getting what you pay for – “closer” being the operative word here. We’re not sure what kind of coin this thing is going to cost, but you can bet your Rolls-Royce that it won’t be cheap. And, for what we imagine to be a serious attack on your wallet, the Vertu Ti will finally be bringing some 3G love with a 2100Mhz UMTS radio – which is all well and good, except that the US doesn’t play nice with that particular 3G band. You will also be getting a 3 megapixel auto-focus camera and a Vertu-branded Series 40 OS. 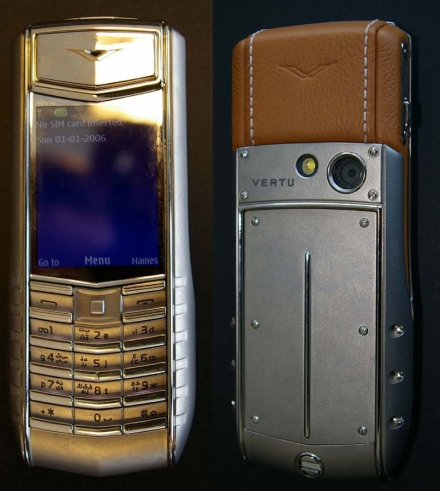 Seeing as how this is an FCC out-ing, we can’t fill you in on availability or pricing, but you can be sure that we’ll give you the heads up when it drops – because, you know, we’re all going to get one, right?

That's right, an exploding cell phone has been blamed for the death of Chinese welder Xiao Jinpeng, working at Yingpan...