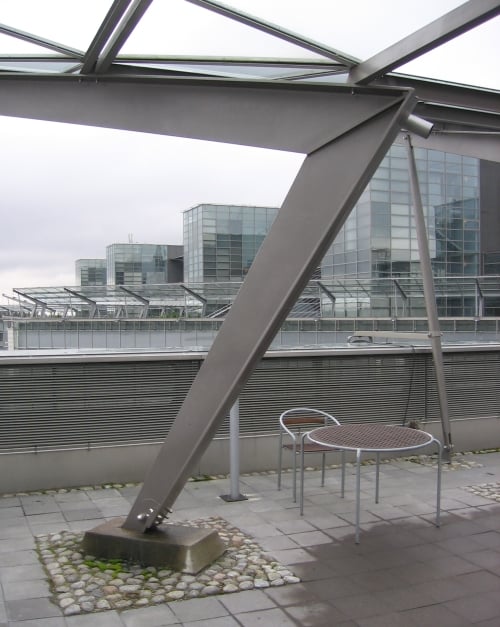 You step inside the fortress and all you see are pillars of glass and steel. The lines are straighter than the Norseman swords that were used to take control of the land more than one millennia ago. The forest scent is a subtle reminder that this company evolved from being a producer of pulp to a master of telecommunications. When you step inside the fortress you realize that you alone can’t change the world, but that together the collective knowledge thriving on this campus can create magic. This is what it felt like to take that first step into Nokia House, Espoo, Finland.

The buildings are no more than 10 stories tall, but they look regal standing in the middle of a forest facing a river that separates Helsinki and the town of Espoo. You can come to Nokia house via all three forms of transportation: drive up to the entrance and walk into the lobby, fly in and land on the helipad or tie your boat to the pier that touches the calm water. To say I was impressed would be an understatement.

Everyone carries an ID badge with some sort of RFID technology embedded that grants access to virtually every room behind a door. From the south entrance I began waiting for my contact, Arto, to arrive. In the mean time I stood by the larger than life glass windows that slanted towards you and watched as the heavy rain was falling from the sky above to the garden below it. White flowers were on the frosted glass table tops in the lobby which provided great contrast with the black solid rock floor. The scale of everything made Nokia HQ in Texas feel like a boutique in a small town.

Arto shortly arrived thereafter with two more gentlemen, Juho and Anssi, they were all a part of the N series team. Anssi looked remarkably familiar and he confirmed my suspicions when he recognized me from this year’s CES in Las Vegas. We took a hard left and walked straight into the Nokia Store. You can’t purchase mobile phones in this little room, but just about any article of clothing with the exception of underwear could be found stamped with the Nokia logo.

It was lunch time so off we headed to the cafeteria. The main course: steak with a side of grilled onions and mushrooms. As we were attempting to locate a table I took a quick survey of everyone’s mobile phone and the majority of the employees were packing a Nokia N95. I spotted one or two E series devices, a shame since they are my favorite, but I was told that more than half the employees were on holiday. I’ll have to retake this survey some other time. Discussion quickly began after we were seated about Nokia’s presence on the web, brand recognition and how effectively social media is being put to good use.

Many names of bloggers I knew rolled off their tongues with little difficulty and that put a smile on my face since I can easily now confirm: Nokia is listening to you, keep writing, ranting and whatever it is you’re currently doing. After a full meal it was time to see the rest of the campus and this is where the rest of the shock and awe took place.

In the basement Nokia has its own postal service, complete with a unique zip code. Nokia House is not just a series of buildings; it is effectively a city of engineers, marketers, designers and more all breathing life into a company that is loved and renowned throughout the world. Leaving the cafeteria there was an empty wall of squares, renovation was taking place but I was told this is where a museum of Nokia product is out for display. It would have been nice to see the evolution from the Cityman all the way to the N95, but it wasn’t a letdown because the next thing Arto did was point to Olli-Pekka Kallasvuo’s office on the 4th floor. That is where all the C-Level executives get their work done and then they have the option of relaxing on the 5th floor which has saunas. Back on the ground for a moment, there is a room where one can go to and have whatever Nokia (released or unreleased) device they own flashed with any firmware version (public or internal) they wanted; more on this later.

While on our way to get some coffee Anssi was talking about his new found love: Forza 2 for the XBOX 360. This sparked a conversation about the infamous Nordschleife and to my surprise Juho told me he went their recently with his father, in a Porsche GT3. He offered to show me a video of a lap he and his dad have done and I simply could not refuse. I’ve lost track of how many lap videos on the Nürburgring I watched, not to mention Gran Turismo’s 24 hour endurance mode which has developed muscles in my hand I never knew existed. Earlier this week Kimi Raikkonen, a Finnish Formula 1 driver, won at Silverstone and they were obviously proud of him.

Taking the elevator to the top floor, 7 I believe, we could see the Nokia house in its entirety. Even though the weather was poor you couldn’t help but fall in love with the scenery. They tell me that the summer dawns make the campus look even more beautiful and you especially enjoy it from one of the many small islands that where surrounding us; I’ll have to stop by again in a few weeks. After a breath of fresh air we headed down to the 6th floor, into a meeting room that was more like a lounge area and officially began talking about what exactly I was doing in Finland and where I want the Nokia brand to be. That is private, but let it be known that I’ll be giving a presentation about the same topics we discussed on the 17th to a few people and I’m hoping that some good will come out of it. I’ve been in Finland for less than a week and already people are taking the time to listen to me, it is surreal.

Once that is done we start heading back down to the lobby where the taxi dropped me off a few hours ago and make a quick pit stop back to that firmware flashing room. I was handed a Nokia N95 with the latest and greatest AGPS enabled firmware update and at that point I was simply speechless. Nothing could make this day better; that is until Anssi offered to give me a tour of Helsinki in his Mini Cooper S!
I remember when the Mini Cooper came out, I loved it, but when I sat in the first generation model I felt quite constrained spacially. Oh how they’ve changed, there is plenty of room inside the new Mini and the sport seats in the S package do a great job at hugging your body. We did a lap around the city, I was mentally jotting places to visit when the weather clears up and finally he dropped me off at the train station.

Back to Tampere I went, after a day I will surely never forget.

I took a camera and forgot I even had it, the first few pictures are mine and the rest are from this website: 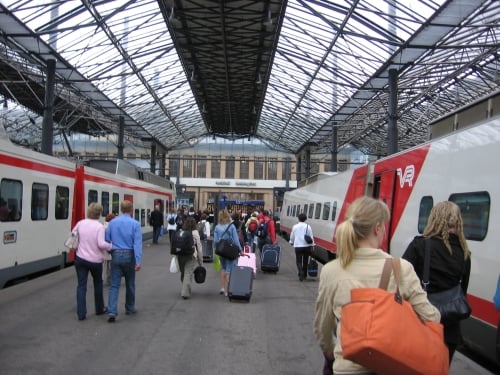 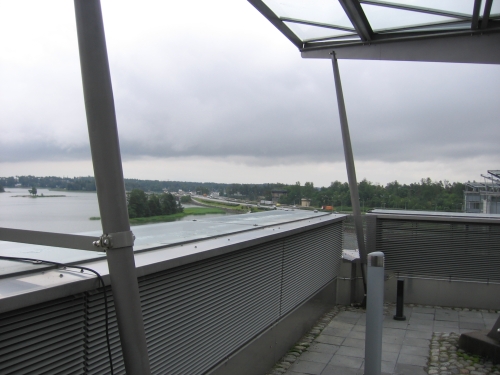 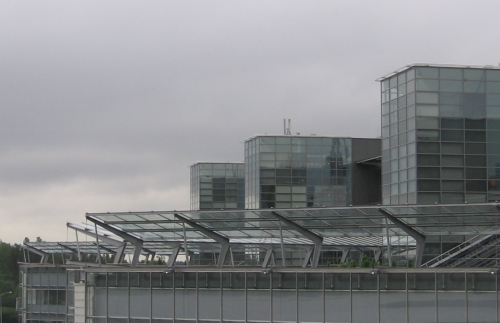 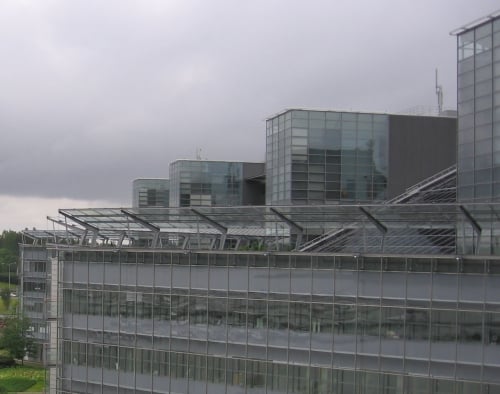 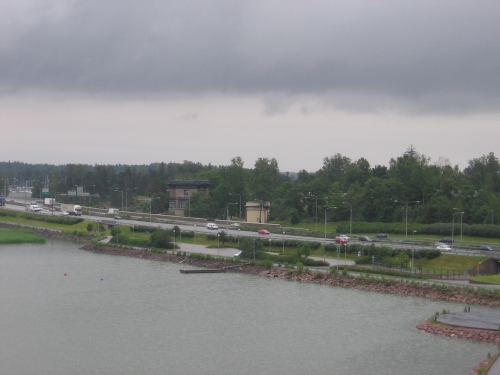 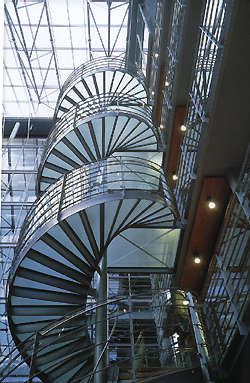 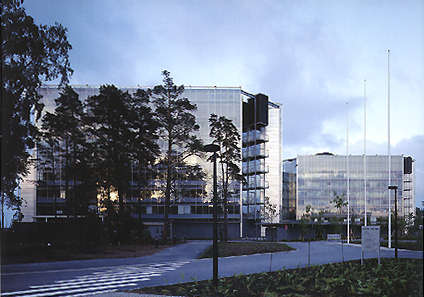 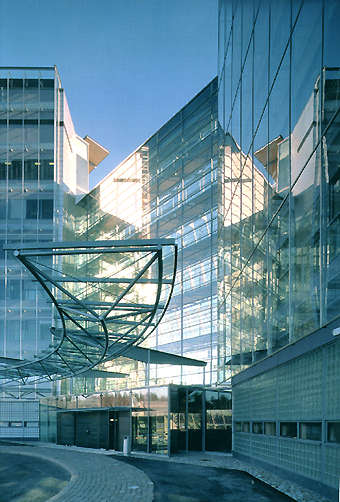 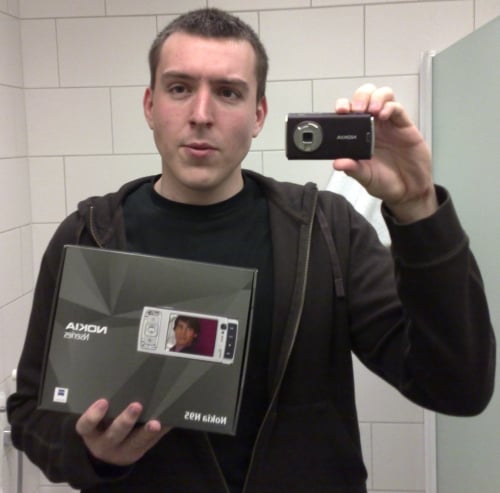 What's with the all "Hello Kitty" fuzz? I just don't get it. Guess our readers across Asia know more about...