We now have natively installed iPhone gaming applications, exactly like we wanted! Google Code is hosting the iPhone NES emulation software, iPhoneNES. The application is not some web-app game that has been optimized for the iPhone – this is a native application brought to us by stepwhite. That means you don’t need a wireless connection to access some web-app, you can get your NES gaming fix in your underground bunker.

iPhone NES is based on the open-source InfoNES core and will only play NES ROMs formatted with an iNES header. 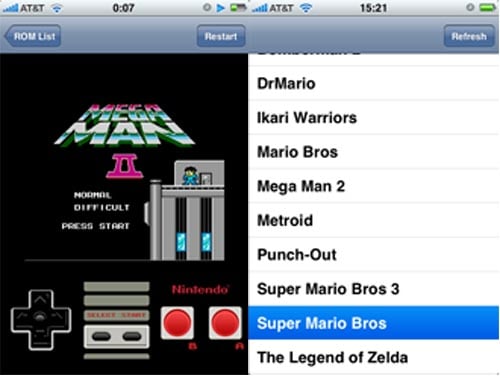 It seems like it was just last week that the iPhone geniuses at iPhone Alley brought us their version 2.1...