Just as we were starting to think that the Apple iPhone would make it through the launch windows relatively unscathed by hardware defects and technical faults, we’re getting reports of a small number of iPhones’ multi-touch displays going numb to touch-inputs.

Forum users at Apple Insider and MacRumors are complaining of a “dead strip” starting to plague some iPhones out there. The “dead strip” on the multi-touch display loses sensitivity to all touch-inputs, and seems to afflict the bottom or top portion of the screen. Explains one forum user, “”First the very bottom of the screen went out so I could not hit the space-bar on the keyboard, or change to the number/character screen. Then it got worse a few days later, now I cannot hit any of the main function buttons.” 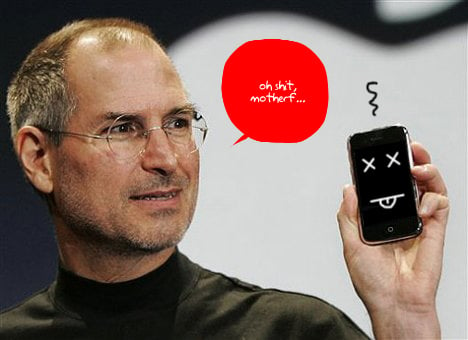 Updates, resets, restores – nothing seems to help the situation, indicating that a hardware fault is the root of the problem.  Apple seems to be aware of the situation, and they’re replacing afflicted handsets with few if any questions asked.

Our experience with Apple support has been quite positive, so it makes sense that Apple would make it easy on the consumer and readily replace these defective units. And, with the incredible production volumes that we’re dealing with here, it’s not all that surprising to see some iPhones getting hit hardware problems.

Drop us a line if you’ve been unlucky enough to have a defective iPhone.

Vodafone is now onboard the WiMAX Forum

With WiMAX poised to usher in the 4G era of high-speed wireless broadband, the list of members in the WiMAX...